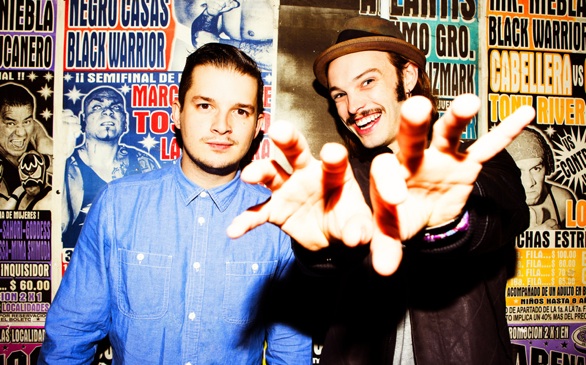 Is there another budding electropop act that has turned as many heads in the past year as Cherub?

The Nashville duo made up of singer-songwriter Jordan Kelley and producer Jason Huber has been hard at work in 2013, releasing its 100 Bottles EP earlier this year after dropping its second full-length album MoM & DaD in 2012.

Listen to either record though, and it’s not hard to see why Cherub draws comparisons to other synth-heavy outfits like Chromeo, Bag Raiders and MGMT. I guess it’s only fair that the band describes itself as the “dance love-child of '80s funk, and pop-music from the future” then.

Kelley and Huber follow that same recipe to a degree on their two newest songs, which come packaged together on the four-track Antipasto EP along with the original version and a remix of their hit single “Doses and Mimosas” from MoM & DaD.

Leaving off where it started on the 12-track LP, Cherub gets groovy on “Lifesaver” thanks to a deep, funky bass line that could easily serve as the backdrop for any dance party.

Meanwhile, the ensuing “Tonight” almost takes a page out of The Weeknd’s book, as Kelley channels his inner Abel Tesfaye while toasting “to the stars in the sky” on this R&B-infused number. The message sounds quite a bit different from the “doses and mimosas/champagne and cocaine help to get me through” rhetoric that opens the EP, but that hasn’t ever stopped Cherub from doing seemingly whatever it wants.