Blake Griffin Chooses to Talk, and Clippers are Eager to Listen 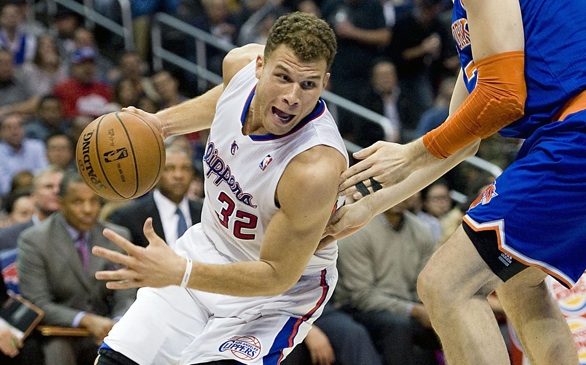 Normally, Griffin is more reserved and less vocal, but he thought it was time his leadership abilities should be on display to help encourage his tired teammates to stay the course against the Wizards.

"My type of leadership is not to talk all the time," Griffin said after the game in Washington. "And I don't think you should try to necessarily reach out all the time. You can lead in so many ways. You don't have to be a guy that's always talking to people. But I've tried to really find my area."

Griffin was aware that the Clippers were playing the last of their seven-game, 13-day trip and that it would have been easy for their minds to wander and think about flying back home to Los Angeles.

Instead, while in the huddles during timeouts, Griffin, 24, kept reminding his teammates to push harder.

The Clippers built a 23-point lead and won by 16 points, and it was more than just Griffin's play that helped.

"Blake is a good leader because when he talks, everyone listens," Clippers Coach Doc Rivers said. "He doesn't talk a lot, but when he does it, everyone knows it's important."

Overall, Rivers said, the Clippers had a "good trip," even if they went 4-3.

But it doesn't get any easier for the Clippers when they return home.

The Clippers will play the San Antonio Spurs on Monday night at Staples Center.

San Antonio has just continued to roll, building a 19-4 record, the third-best in the NBA.

"It's going to be tough," Rivers said after Saturday's game. "We fly all the way back, five hours [Saturday] night and get in at 1 o'clock, 2 o'clock in the morning.

"Really it's 2 o'clock [in Los Angeles], but it's 5 o'clock for their body clock now because we've been out here [on the East Coast] for so long. And we have to get up the next day and play the Spurs. Welcome home. But that's the NBA and everybody goes through it."

Stephen Jackson will face the Spurs on Monday night for the first time since the team released him April 13, right before last season's playoffs started.

Jackson played for the Spurs on two occasions.

He was a part of the Spurs' 2003 NBA championship team and he was acquired in a trade in March 2012.

He was signed by the Clippers last Tuesday.