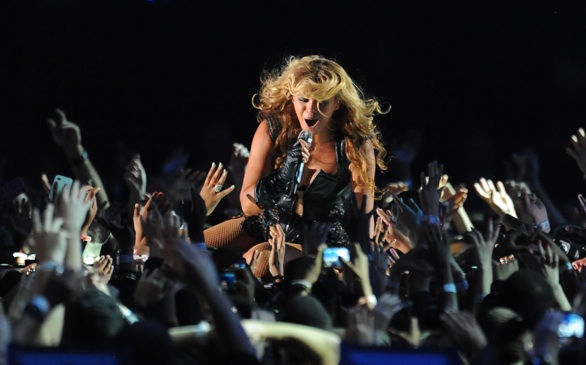 The sensational singer and performer is reportedly the first woman to reach No. 1 on Billboard's 200 chart with her first five studio albums, according to the Hollywood Reporter.

Her new album, which shocked everyone when it released on Dec. 13, includes 14 songs and 17 music videos. It also features appearances from husband Jay Z, Drake, Frank Ocean and even her baby girl, Blue Ivy.

Beyoncé obliterated iTunes sales records by selling more than 617,000 units in its first three days in the U.S. and 828,773 worldwide.