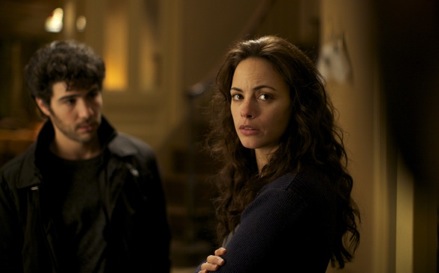 Bérénice Bejo delivers an outstanding performance in The Past.
(Credit: Carole Bethuel )

Foreign films aren’t really my thing. When I watch a film, I want to watch it – not try to make out the subtitles. It’s uncomfortable, inconvenient, and I always feel like I’m missing something in the characters’ facial expressions.

However, Asghar Farhadi’s latest work was completely engaging, even with English subtitles decoding the French dialogue.

Aptly titled The Past, the Iranian Academy Award-winning director’s new film explores this very thing that’s usually not unclear in real life. Think about it: when it comes to the past, we know what happened, where it happened and, most times, why it happened. There’s no uncertainty about it. The future is what we’re unsure of, what we feel uneasy about.

In The Past, Farhadi makes the past unresolved and mysterious, forcing the audience to guess what happened to these characters years ago.

The film begins with Marie (Bérénice Bejo) picking up her separated husband, Ahmad (Ali Sosaffa), at the airport. After four years of separation, Ahmad has returned to France from Iran to grant Marie a divorce so she can marry her fiancé, Samir (Tahar Rahim).

With his non-linear directing skills, Farhadi has expertly woven several stories together, all of which connect to the past.

First, you have Samir, who plans on marrying Marie; however, his current wife tried to commit suicide and is now in a coma. He struggles trying to make a very important decision: should he hold onto this past love or start a future with a current love? Marie, on the other hand, is ready to let go of her past by divorcing Ahmad and starting a future with Samir his son, Froud, and her two daughters, Lucie and Lea…but is she really over her ex-husband?

Next, there’s 16-year-old Lucie who resists her mother’s re-marrying. She misses Ahmad, but her real source of anger is unclear until Ahmad manages to weed it out of her. Here’s a clue: it has to do with a past decision she made.

And then you have Ahmad, a man whose past is not totally revealed in the film. If you pay attention closely, you might gather clues on why he left for Iran, but you’ll be forever guessing his reasons for leaving Marie.
Successfully developing several storylines in one film couldn’t have been an easy feat for Farhadi, but perhaps his cast made his task less difficult.

Bejo won the Best Actress award at the Cannes Film Festival 2013 for her performance in this film, and you’ll see why. Her performance throughout is strong, but it’s when you reach the scene where she has a confrontation with Lucie that you’ll say to yourself, “What the f@*# just happened?” Here, Bejo reaches a new level of fury. Exasperated and hurt, Bejo unleashes a type of anger you’d never believe a mother could hold for her daughter. Bravo, Bejo.

The rest of the cast delivered flawless performances as well, but a delightful surprise was young Elyes Aguis, who plays Froud. A small boy that doesn’t look older than 6, Aguis is cute and depicts a stubborn, fun, yet sad child perfectly. You’ll laugh when he throws scowling looks at the grown-ups, but your heart will go out to him when you realize he’s dealing with the possibility of losing his mother (Samir’s wife).

“It is difficult to work with children,” said Farhadi. “But I find their presence opens the atmosphere of the film to affects and emotions, which bring a level of sincerity to it.”

With great acting and complicated plot lines, I’d be surprised if The Past didn’t take home the Oscar for Best Foreign Film.