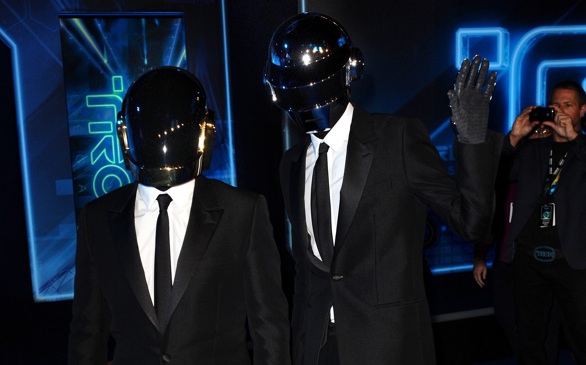 We should consider ourselves "lucky" because we get to FINALLY see Daft Punk perform when they take the stage at the Grammy Awards in 2014. This will be the first time in six years the duo will perform publicly on TV, according to MTV.

Even though Daft Punk has been on the radar throughout 2013 for its hit song "Get Lucky" from latest album Random Access Memories (which has also been a success), they have not performed publicly on television at all this year. The last time Daft Punk graced us with its robotic, electronic sounds and moves was with Kanye West at the 2008 Grammy's.

According to Rolling Stone, executive producer Ken Ehrlich said, "Conversations took place over a period of a couple of months, and finally they agreed to be a part of this year's telecast."

Back in August, Daft Punk was reportedly supposed to appear on Stephen Colbert's "The Colbert Report" and perform "Get Lucky;" however, other obligations prevented the duo from making an appearance.