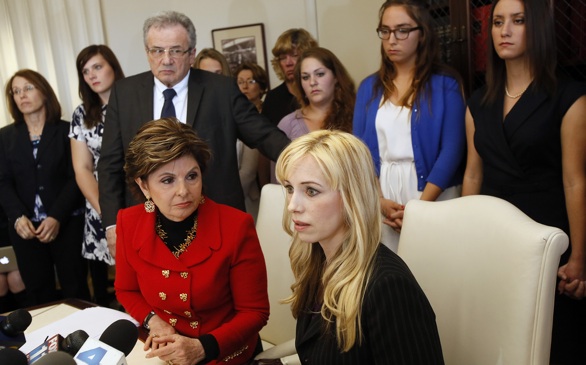 The Los Angeles Times reports Occidental College has been receiving hundreds of false sexual assault allegations from two groups, one of which is a "men's rights" group that is unhappy with the school's method of receiving anonymous reports of sexual assault.

Occidental currently has an online form where people can anonymously report any sexual assaults that occur. Administrators review each allegation and report them to federal authorities if they occur near or on campus. The form was created in 2009 so assault victims could feel more comfortable coming forward.

However, this self-proclaimed "men's rights" group feels the form is an easy way for alleged victims to falsely accuse men of rape. Thus, members of the online communities on Reddit and 4Chan came up with an idea to send Occidental false reports this week, claiming "victims" were assaulted by "Occidental College," "feminists" or "Fatty McFatFat," according to the Times. About 400 false reports were made.

The Times also reports one Reddit post wrote: "Step one: Get a list of every 'Feminist' at Occidental College who supported this system. Step two: Anonymously report them for rape...Step three: Watch them squirm as their lives are hanging in the balance over a false rape charge. Step four: Shutdown the BS online form."

Now, the college must figure out how to decipher false reports from real ones.

Occidental College has come under fire this year after officials admitted the college failed to report dozens of sexual assault cases. Students alleged the school discouraged women from reporting sexual assaults and did not properly report the cases to the federal government. Occidental is currently under federal investigation.

Ten current and former students who were part of the group who filed the complaint against Occidental reached a monetary settlement with the college in September.