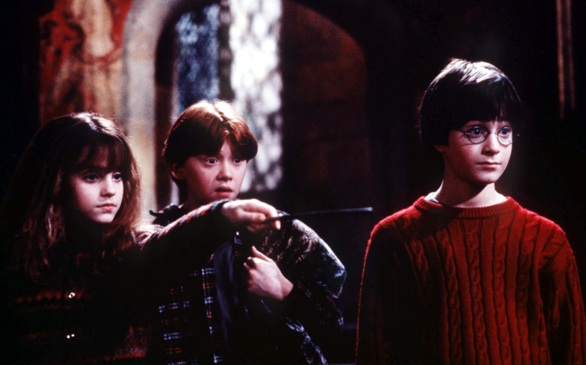 We'll get see what happened before the Sorcerer's Stone, Chamber of Secrets, etc. in the new play.
(Credit: HANDOUT/MCT)

Time to hop on your broom and fly to London!

Harry Potter fans have received some good news: author J.K. Rowling revealed to the Daily Mail she will be co-producing a play that will focus on Harry's early years before he came to Hogwarts. In two year's time, theater-goers and Potter fanatics can go to the West End in London to see how the "Chosen One" grew up, before he realized he was a wizard.

London and New York producers Sonia Friedman and Colin Calleder are behind the show, and Warner Bros. is expected to be involved in the production as well.

In other Harry Potter news, earlier this year Rowling announced her partnership with Warner Bros. to create the new film, Fantastic Beasts and Where to Find Them, a Potter spin-off movie based on a textbook from Hogwarts. This project, however, is not about Harry but about Newt Scamander and his journey in the "wizarding" world.

Well, it sure looks like magical things are coming our way...does Rowling have anymore surprises up her sleeve -- er, wand?