'Alcohol is Good for You' - 5 Words College Students Love to Hear: Researcher says it can help immune system. 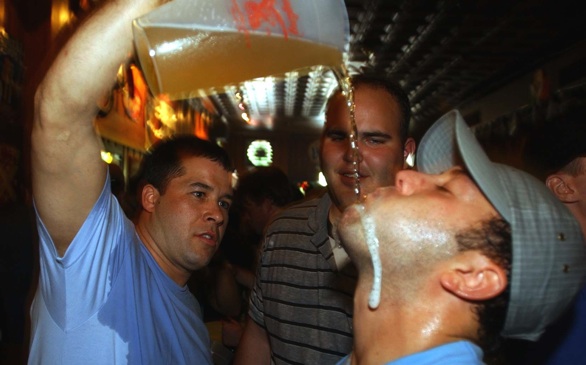 Does this count as 'moderate' drinking?
(Credit: RON TARVER/PHILADELPHIA INQUIRER/MCT)

Yes, those five little words sound much better than "Class is canceled for today" or "This test is open-book."

According to a Southern Californian researcher, moderate drinking might prevent you from catching the common cold, reports LA Weekly.

This doesn't mean you should go crazy this winter break and drink a whole keg by yourself, though. The key word here is "moderate."

A professor at the University of California, Riverside found when they injected primates with a vaccine and allowed half of them to drink as much as they wanted, those primates weakened their immune systems.

On the other hand, those who drank "moderately" did even better than the non-drinkers -- "moderate drinking bolstered the [primates'] immune systems," according to LA Weekly.

Why is that? Researhcers are not entirely sure...Nonetheless, at least we can toast to the New Year without feeling too guilty. Bottoms up!