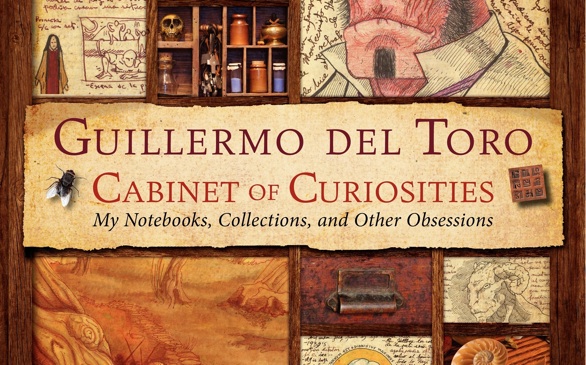 Television
The show that keeps on giving gets turned inside out in Stephen Tropiano’s Saturday Night Live FAQ. Through insight and exhaustive research, the history of America’s most beloved sketch comedy gets told to perfection.

Literature
The clash of characters in Amy Grace Loyd’s The Affairs of Others made me fall in love with reading all over again. Reminiscent of Rear Window, with voyeurism in full play, the intersecting lives of people sharing a small apartment building surprises and delights in equal measures.

When Mindy Kaling recommends a book, I listen. Pulitzer Prize-winning Jhumpa Lahiri’s The Lowland did not disappoint, and now I have one more reason to copy everything Mindy does.

Graham Greene, famous for books like Our Man in Havana, lived nearly as interesting a life as his characters. Seeds of Fiction, by Bernard Diederich, explores the author’s travels through Central America in the mid-20th century with vivid details and glorious anecdotes.

Who knew New Zealand had such terrific writers? Eleanor Catton’s The Luminaries is a great yarn with beautiful writing and well-drawn characters. Pick it up!

A genre book that rises above the fray, Robert Littell’s A Nasty Piece of Work is consistently entertaining. The combination of private investigator Lemuel Gunn, Ornella Neppi and a colorful criminal on the lamb, bring to mind the wit and originality of Out of Sight and Pulp Fiction.

Essays
Straightforward and true, Ann Patchett’s writing feels like an evening spent with a good friend and a glass of Syrah. Her topics, from dogs to divorce, are relatable, funny and knowing. What could be finer?

Mystery
I absolutely love Louise Penny’s Inspecter Gamache series, and How the Light Gets In is no exception. Set in the wonderful and unusually murder-friendly Three Pines, this tale of a missing person gives great plot and even greater character.

An original combination of quirky and frightening, Help For the Haunted by John Searles unfurls like a rose with numerous petals. It will keep you reading late into the night while covering yourself from the darkness outside.

Music
A gorgeous book brimming with photos, concert fliers, posters and the full story of the band, Nirvana: The Complete Illustrated History will make you feel like you were there, even if you weren’t.

Film
He’s become a classic himself, and David Thomson continues his good work with The Big Screen. Novices and buffs will appreciate the story of cinema writ large, with a flashing marquee and bright lights.

A Life of Barbara Stanwyck gives one of the 20th century’s best actresses her due. Victoria Wilson’s comprehensive account looks into the life of a woman ahead of her time.

There are not enough adjectives to describe the wonder that is Guillermo Del Toro’s Cabinet of Curiosities. This sumptuous book overflows with stunning illustrations and great photography celebrating the director’s vivid imagination.

The strength of director Peter Jackson’s translation of J.R.R. Tolkien’s works lies in the attention to detail. The Hobbit: The Desolation of Smaug Chronicles: Art & Design showcases the drawings, sketches and ideas that helped generate Jackson’s masterpieces.

History
A remarkable and glorious part of America’s past, the stories of the Underground Railroad only burnish with retelling. Tracy Chevalier traverses this rich terrain to great effect in her fictionalized tale, The Last Runaway.

Thriller
A continuation of the series that wrought The Lincoln Lawyer, Michael Connelly’s latest does not disappoint. The Gods of Guilt returns the great Mickey Haller to his stomping ground of guilt and responsibility, with a mesmerizing brulée of tension to make it all caramelize.

Politics
Who knew Dulles Airport was named after two of the most powerful brothers in the history of this country? Stephen Kinzer’s The Brothers explores the good, the bad and the very ugly.

Doris Kearns Goodwin has formed a remarkable career for herself writing astute and interesting biographies. Her latest, The Bully Pulpit, focuses on Theodore Roosevelt and William Howard Taft, and somehow manages to go down as easily as a novel.

Culture
One of the most iconic hotels in the work, New York’s Chelsea hotel sheltered many a struggling artist, from Bob Dylan to Andy Warhol. Sherill Tippins’ Inside the Dream Palace gets up close and personal with a brilliantly told history that spans centuries.

Memoir
As elegant and elegiac as the lady herself, Anjelica Huston’s A Story Lately Told, proves the actress a born storyteller. Comprising the early years of her life in Ireland with her surprisingly bohemian parents and ending with her modeling in Manhattan, this first part in a series of two will leave you hungry for the Nicholson Years.

Food
Like Jesus turning water into wine, Michael Paterniti turns a simple story of cheese into a terrific yarn in The Telling Room. An intoxicating mixture of memoir, facts and travelogue, this book is a true original.