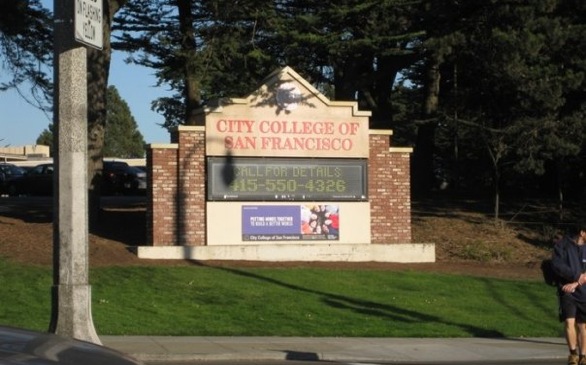 Accrediting Commission for Community and Junior Colleges (ACCJC), an authorized accrediting commission, announced plans to revoke the accreditation of City College of San Francisco (CCSF), the largest public college in California. However, following the outcries from students, CCSF will keep its accreditation until a trial determines whether the private commission that moved to revoke it did so lawfully, according to the Huffington Post.

Accreditation is a self-regulated system to evaluate overall educational quality and institutional effectiveness.

In its assessment of CCSF, ACCJC identified several problems. It sated the community college did not have a prescribed process to regularly review its mission statement, failed to properly track student outcomes and had run budget deficits. However, someone also accused the accrediting agency took the unfair and unusual step to revoke CCSF’s accreditation because the college’s trustees, faculty and students opposed the ACCJC’s unsuitable efforts to reshape the mission of California’s community colleges.

The results of closing the largest public college in California are catastrophic -- 80,000 students would either lose their educational opportunities or have to transfer elsewhere.

Besides CCSF, ACCJC has reviewed 112 California community colleges since 2007. Seventy-one of them were sanctioned, including Santa Barbara City College, which was awarded for its “high achievement and performance in America’s community colleges” by Aspen Institute.