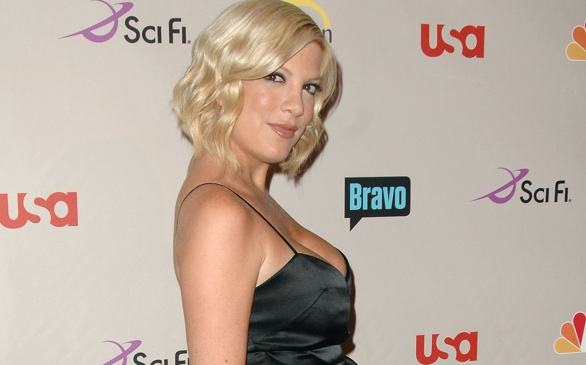 The girls are back!

Tori Spelling and Jennie Garth are perhaps most widely known for their roles in 90's cult show, "Beverly Hills, 90210." The two made a name for themselves in this show that followed the lives of a few privileged, rich teens living in the glamorous part of Los Angeles.

Since then, Garth had a recurring role in the re-boot "90210" on the CW (Spelling also made an appearance on the show), but now the blonde bombshells are starring in and producing something new on ABC Family: "Mystery Girls."

The comedy series is about two former detectives (Spelling and Garth) who are brought back together by a real-life mystery, according to Variety.

Spelling and Garth have remained close friends since their days as Donna Martin and Kelly Taylor in "Beverly Hills, 90210."

Garth told Zap2it in October 2013, "It is such a gift...(Spelling) and I have an unspoken connection. I've got her back and she's got my back; we're like sisters, and the comfort I have in working with someone like that is immeasurable. I can't put words to it."