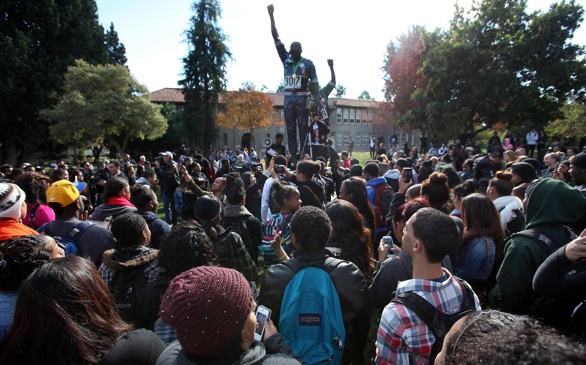 Back in November 2013, four white students at San Jose State University were accused of harassing and bullying their African American roommate. They were suspended and faced misdemeanors for hate-crime and battery charges after they allegedly forced the African American student to wear a U-shaped bike lock around his neck.

Logan Beaschler, one of the four students allegedly involved, has pleaded not guilty.

According to Bakersfield Now, 18-year-old Beaschler entered his not guilty plea to misdemeanor hate-crime and misdemeanor battery charges on Monday, Jan. 6. The other students have not yet entered their pleas, and Beaschler is expected back in court March 4.

Beaschler and the three other student are also accused of calling the African American student "three-fifths,” referencing the “three-fifths” part of the Constitution during times of slavery that stated slaves were only three-fifths of a person. They allegedly also barricaded him in his room.