L.A. Sues to Block Oil Field Near USC from Reopening 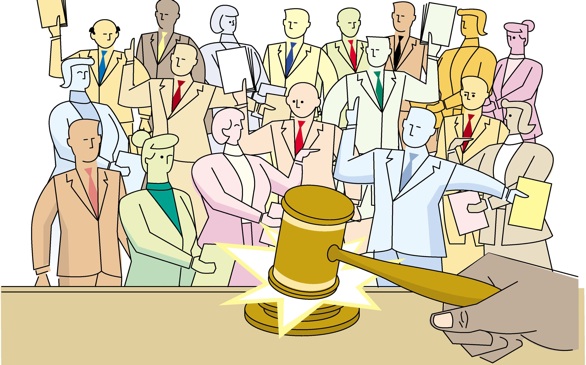 The Los Angeles city attorney filed a lawsuit Tuesday to stop Allenco Energy Inc. from reopening in South Los Angeles, accusing the company of ignoring years of evidence that fumes from its oil fields were sickening residents of the surrounding neighborhood.

City Atty. Mike Feuer's investigation found that Allenco willfully disregarded violation notices issued by oversight agencies and that regulators did not move forcefully to enforce their numerous and repeated citations.

As a result of lax practices, Allenco exposed University Park neighbors "to noxious fumes and odors which have resulted in adverse health effects on community members in the form of severe headaches, nausea, nosebleeds, chronic fatigue and respiratory ailments including asthma," says the complaint, filed in Los Angeles County Superior Court. "No community should have to live this way, with windows shut, children kept indoors to protect their health, and neighbors seeking relief from intolerable conditions."

Allenco declined to comment pending an opportunity to review the complaint.

Feuer's office is seeking a permanent injunction against Allenco's operation, putting the city at odds with the South Coast Air Quality Management District, which is working with the company on a plan to reopen this winter. Air district spokesman Sam Atwood said the district will cooperate with the city attorney's office.

The site, in a mostly low-income neighborhood about half a mile north of USC, was donated to the Catholic Archdiocese of Los Angeles in the 1950s by descendants of Edward L. Doheny, one of Los Angeles' early oil barons. Allenco bought it in 2009 and within a year increased production more than 400%, from 4,178 barrels to 21,239 barrels in 2010, the complaint said.

The documents say that other agencies, in addition to the air district, had cited Allenco for violations in the years since the company ramped up oil operations. The Los Angeles Fire Department had issued citations for failing to repair and maintain fire protection systems. State safety inspectors cited the company for failing to inventory and label hazardous materials. Water quality inspectors recently noted chemical containers stored outdoors without covers.

But none of the agencies took additional steps, such as going to court, to stop the violations. Neighborhood activists have complained that oversight agencies should have moved more aggressively, especially after a major incident that is detailed in Feuer's lawsuit.

County hazardous materials inspectors determined the fumes came from a leak of production water mixed with a rust inhibitor and residual hydrochloric acid used to unplug the wells and increase yields. Company officials tried to mask the odors with wild cherry-scented deodorizer, Pine Sol and bleach, the complaint said.

A week after the incident, college officials told the campus community that the air district and a private consulting firm had concluded the fumes were within regulatory standards and not hazardous.

Toni Wexler, a registered nurse and the college's student health coordinator, disagreed. "I am more than a bit skeptical since I had to leave early two days last week due to headaches and not being able to think clearly," Wexler said in a memo to her superiors obtained by The Times.

Allenco eventually paid to move college air-conditioning intake vents that were near the oil site. However, the neighborhood was never notified by the air district, the college or Allenco about the accident, the subsequent ailments or the air duct change because the odors were never considered a health threat, air district and college officials said.

Allenco voluntarily halted operations in November at the request of U.S. Sen. Barbara Boxer (D-Calif.), after a team of health and environmental safety authorities were sickened during a tour of the site Oct. 24.

The Environmental Protection Agency, the city attorney and the Los Angeles County Department of Public Health began investigating last year after residents complained about air quality district findings that the fumes were a nuisance but not harmful.

The health department recently announced that low-level exposure to petroleum-based compounds emitted by Allenco is the cause of the symptoms identified in the surrounding community of low-income housing, the college campus and a Los Angeles Unified School District high school for the developmentally disabled.

"Today's action means Los Angeles is finally willing to stand up and be a steward of a community in distress," said Nancy H. Ibrahim, executive director at Esperanza Community Housing Corp., a nonprofit affordable housing developer in the area. "I'm sorry, however, that so many people had to suffer to get the kind of attention the city attorney is applying."