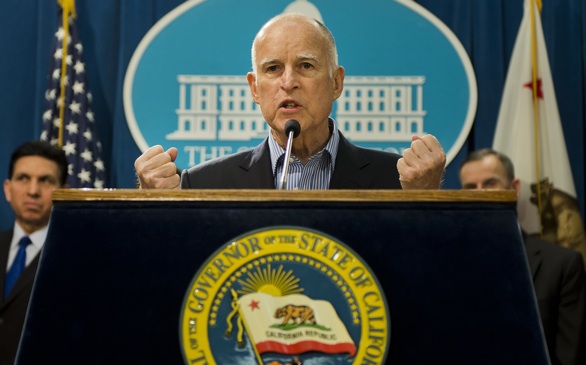 The 10-campus UC system and 23-campus Cal State system would receive a $142.2 million increase each from the state's general fund, representing a 5 percent increase over this year's funding levels.

The proposed increase is part of a deal brokered last year to provide four years of modest, steady funding increases in exchange for the universities not raising tuition. The annual price tag of UC undergraduate tuition is $12,192, and for Cal State undergraduates $5,472.

"The leadership of the University of California appreciates Gov. Brown's commitment to full funding for the second year of his multi-year budget plan for the university," Patrick Lenz, UC's vice president for budget and capital resources, said in a statement.

Even as UC and Cal State officials lauded the governor's proposals, Brown's modest proposed increases did not approach the funding levels that either system had sought.

UC Student Regent Cinthia Flores, a voting member of UC's governing board, said the $120 million figure represented an "ideal" funding amount. UC had wanted to use the $120 million to grow in-state student enrollment by 1 percent, among other things.

"We're on target to not raise tuition, and that's a positive thing," said Flores, a UC Irvine law student. "Obviously, this allocation missed the mark of our ideal request, but that's not something that's uncommon."

And the governor on Thursday also touted the Middle Class Scholarship program, which was approved by state lawmakers last year to allow UC and Cal State students with family incomes up to $150,000 to receive tuition discounts.

During the first year of the Middle Class Scholarship program in the fall, students can receive up to a 14 percent tuition discount, depending on income level. By the time the program is fully rolled out in 2017, students will receive up to a 40 percent discount.