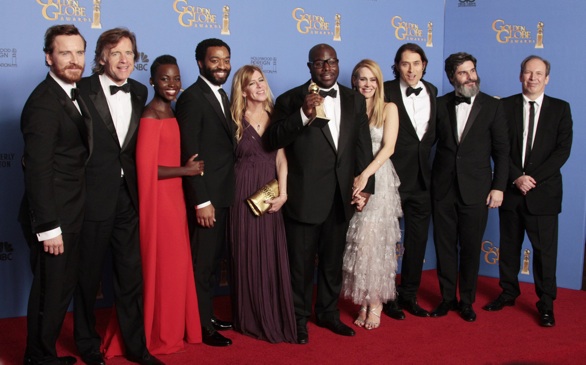 The biggest winner this year was American Hustle, which tells a story based loosely on the Abscam scandal of the late 1970's. It won not only the best comedy or musical but also two acting honors—Amy Adams won best actress and Jennifer Lawrence won best supporting actress.

Another big winner was 12 Years a Slave, a narrative about a free black man who was kidnapped and sold into slavery during the 19the century. It won the best film drama award. Besides that, it had six other nominations in best actor, best director and other acting honors.

Known for unexpected flourishes, the Golden Globes Award also had its share of shockers. The two awards won by the freshman comedy “Brooklyn Nine-Nine”— best TV series, musical or comedy and best actor in a TV series, musical or comedy—shocked everyone, including the man who won best actor, Andy Samberg. “Oh no! I didn’t prepare anything!” he said in genuine surprise.

For more coverage on the Golden Globes, click here.