Are College Students Too Old for Animated Films? 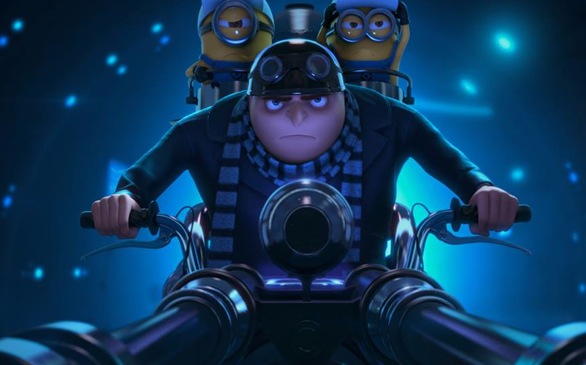 Studios have had great success with animated films in the past. Just take a look at how well Frozen, Despicable Me 2 and Monsters University did at the box office! With The Nut Job hitting theaters this Friday, Jan. 17, it doesn’t seem like these movies are going anywhere soon.

With that being said, we have to ask: Are we, college students, too old for movies with talking cartoons?

I asked multiple college students, and here’s what they had to say:

Lily Choi
School: UCLA
Major: English
Year in School: Second year
“Animated movies are fun, well made and produced for families to watch together, making them a very appropriate source of entertainment regardless of age. Also, since they are usually made for children to watch, they contain good moral lessons and clean humor that can have a positive impact on college students, especially since movies targeting young adults often contain inappropriate content (such as violence, sex, drugs, etc.).”

Brittany Soto
School: UCLA
Major: Biology
Year in School: First year
“The definition of ‘old’ is opinionated! I watch animated movies because they are funny and sometimes profound. I don’t think I am too old to do so.”

David Lee
School: New York University
Major: Economics and Mathematics
Year in School: Second year
“Although most of the animated movies are cartoons, their themes usually have profound meanings."

Yixin Sun
School: The Pennsylvania State University
Major: Electrical Engineering
Year: Second year
“Animated movies are perfect for all ages. They are a reminder of our sweetest childhood dreams and give us hope...”

Well, there you have it. Bring on the cartoons!