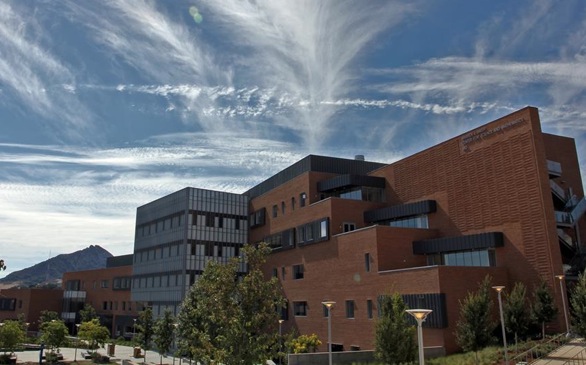 Cal Poly is considering party policy guidelines for its university Greek system that would essentially change the nature of future fraternity and sorority gatherings — banning drinking games, kegs and hard alcohol while limiting festivities to four-hour stints, according to a draft proposal obtained by Mustang News.

Cal Poly’s Greek organizations have yet to agree to a policy. They’re on social probation as of Friday as fraternity and sorority leaders continue to negotiate an agreement with the university on a party registration policy.

The probation kicked in at 5 p.m. that day after the organizations and university failed to formalize a draft of the party registration policy and guidelines.

In addition to the alcohol restrictions, guest lists of all in attendance would have to be registered 24 hours prior to an event, chapters holding an event with alcohol present would have to issue wristbands to those over the legal drinking age of 21, and bans would be imposed on events of 200 people or more.

Alcohol-related events also would have to end by midnight and could not exceed four hours in duration, according to the draft guideline policy. Furthermore, those of legal drinking age would be limited to bringing a six-pack of beer or a bottle of wine.

Will Fores, a member of the Lambda Chi Alpha fraternity, said that his organization has discussed the party registration, but most of the focus has been at the leadership level.

He said that while the Greeks will work with the university on these issues, it will be difficult to control partying around the campus community in general.

Off-campus events would be confined to “either the chapter facility, registered satellite house or a third-party venue” licensed to serve alcohol.

Policy changes were announced in June as the university heightened oversight of Greek organizations by requiring them to register parties, adopt new alcohol policies and participate in programs on alcohol safety, anti-hazing and sexual assault awareness.

The changes are being phased in over a three-year period. The party registration and guidelines component was scheduled to be hashed out by the start of winter quarter.

The governance changes were invoked because of a number of alcohol-related incidents in recent years, including the case of Cal Poly freshman Carson Starkey, who died in 2008 in an alcohol-related fraternity hazing event.

Cal Poly’s coordinator of fraternity and sorority life, Kathryn O’Hagan, sent an email to the Greek organizations on Friday announcing the probation.

As part of the probation, Greek chapters can’t host parties or serve alcohol at their gatherings. However, the chapters may conduct activities that aren’t deemed social — such as chapter meetings and alumni events.

Since the announcement of the social probation on Friday, students on campus said that parties took place around campus over the weekend, though none were aware of any at fraternities and sororities.

Party registration currently exists at various universities nationwide, including many eastern and southern campuses. Yale University, Pennsylvania State University and USC each have registration requirements; at Yale, parties of more than 50 people must be registered.

Although all schools in the University of California system are required to follow a basic policy on student conduct and discipline, campuses are allowed to adapt those rules to suit their individual needs, said Brooke Converse, a spokeswoman for the University of California Office of the President. So alcohol policies “will vary from campus to campus,” Converse said.

Elizabeth Chapin, public affairs assistant for the California State University Office of the Chancellor, said there is no systemwide policy regarding alcohol use by fraternity and sorority members.