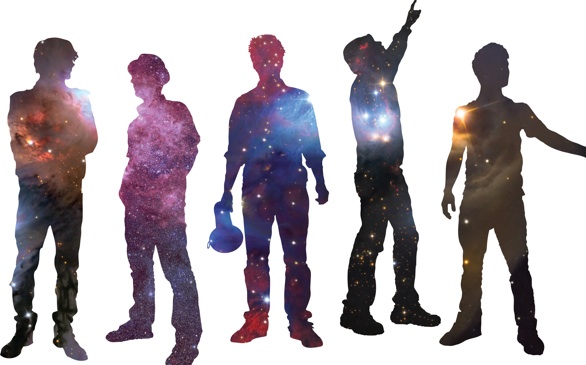 Ever since it arrived on the jam band scene more than 15 years ago, Sound Tribe Sector 9 (STS9) has mesmerized audiences across the country with its unique blend of rock, hip-hop, jazz, funk and electronica.

As owners of 1320 Records, the Santa Cruz-based outfit has built dedicated followings in some of America’s most vibrant music communities — from San Francisco to Denver, to its hometown of Atlanta — over the past decade.

But the livetronica giant stunned many Tuesday when it announced bassist David Murphy has left the band. As a result, its upcoming winter tour, which included a Jan. 24 show at the Hollywood Palladium, has been postponed.

The news subsequently sparked an outburst of emotions from fans all over the Internet. While some offered their sincere gratitude for the years Murphy — whose health delayed the release of 2011’s When The Dust Settles due to a cancerous tumor in his sinus cavity — and STS9 spent together, others weren’t afraid to voice their displeasure about the decision.

In a statement on his official Facebook page, Murphy said “our paths are taking us in different directions creatively and personally. My deepest apologies go out to all of our fans who have supported us through thick and thin.”

CC: STS9 has been working on a new album that’s scheduled to come out some time this year. What can you tell us about the writing process for it?

ZV: It’s been super exciting. It just feels so good to be working on a record again. It’s a pretty intricate process. Like anyone who is writing a record, it’s longwinded. We’ve been working on this record for a while now. But when we say “working on it,” we’ve been writing, recording and engineering it — we’re doing the whole gamut. We’re having guests on it, so we’ve had to wait for the guests to be available.

The process is one of those love-hate things. It’s beautiful, yet at times, you want to pull your hair out. At other times, you feel euphoric. The ebb and flow of it is just amazing. The dynamic and emotion that is coming out of it is just beautiful, and we’re so excited.

In one hand, we just totally want to be done with it, and on the another hand, we’re not totally done with it and we’re not going to put out something that we’re not done with. So, I always think it’s hard to put a date or time limit on it...

CC: Sonically, what is the band aiming to do differently for the new album that it may not have done in the past?

ZV: I think the overall goal with STS9 going into the studio is that it’s a completely different art form. What we continuously strive for is to capture that magic and energy that we do live and to be able to harness that in some way on our recordings.

That being said, our goal is also to be intricate, to be able to do things that we can’t do live and to be creative in a whole different outlet because it is such a different art form. I don’t know if we’ve captured it yet, but that’s ultimately what we’re striving for.

When you play in front of thousands of people who are giving you energy back, it creates this symbiotic wall of sound where you’re feeding off of them and they’re feeding off of you — the vibration is super high. When you make a record, you don’t have 3,000 people watching, nor do you want to because you’re put under a microscope. It’s a very vulnerable situation, but within that, it’s such a beautiful situation to be able to look at yourself and your art and to analyze it in a way that you don’t when you play it live.

...We’re reaching and taking some bold steps. That’s what you do as artists — you push the boundaries and you push the limits. We feel that we’ve done that. Sometimes we’ll push it too far, and we’ll have to bring it back. We’ve been playing music for so long, and we’ve had some hiccups with some people getting sick, so to get back into the studio and nurture this side of our art, there’s a passion there that we undeniably love.

CC: STS9 came to L.A. in March for a show at the Hollywood Palladium and is slated to play there again in a couple of weeks. What can fans expect to be different this time around?

ZV: Bringing that old with the new. Our catalog goes back to 1997, and that is what’s super exciting about being in a band this long — having the nostalgia of stuff that people love from the early 2000's to the most recent thing we’ve released, which is When The Dust Settles. It’s about continuing to bridge that gap and making a show special for wherever we are. The shows are methodical, and we love our fans. We try to keep our fans on the edge of their seats about what we’re going to do and what we’re going to play. That’s what we continuously try to bring.

CC: What made you guys decide to book another gig specifically at the Palladium?

*Editor’s Note: STS9’s show at the Hollywood Palladium on Jan. 24 has since been postponed.

CC: STS9 just wrapped up its 15th year together and continue to be one of the top-grossing touring acts in the U.S. What would you say has been the secret to the band’s success and its longevity?

ZV: I wish I had that answer. We feel so honored and blessed to be doing what we love to do and to be able to share this with people and the fact that people actually like it and enjoy it. There’s no gimmick or strategy behind it. We’re just real, and this is the music that comes from our hearts. Some people like it and some people don’t, but for people who do, they resonate with what we do. It’s something more to them — we speak to people on a level that they can relate to.

So, maybe I do know the answer to that question now. I know what’s real for me, and that’s being honest and putting something out there that we believe in. What comes out in the recording process or on a stage is from our hearts. We love to play music, and we love to play music together. People feel that. That’s why people keep coming to the shows because they’re like, “This makes me feel a certain way and this is why I feel this way.” When I think about it, that’s why I go see music. I feel it, and it feels good. It’s not something that feels contrived. That’s what I’m attracted to, that heart and vibration.

CC: STS9 has been known to assemble some of the most rigorous touring schedules in the music business. Do you guys ever see yourself slowing down on that end?

CC: Does writing a new album right before going on tour put even more pressure on the band?

ZV: We definitely feel the pressure. Pressure is all around us, from all facets and corners. Writing a record for us is all about having the live show in mind. We’re always thinking, “How is this going to be performed live?” That’s what kind of band we are. The writing and recording process is all to fuel that live performance. It’s more than just writing a song. All this stuff is thought out within it. There are all these anomalies, metaphors and analogies for how we want to do it.

CC: Is it hard to get in a rhythm of writing an album when you’re on and then off the road so much?

ZV: I’m going to be completely honest — it takes some time. That’s why it takes us a long time to finish a record because we’re playing so many shows. Sometimes a week or two weeks to write isn’t enough time. To get back in and have this magic all the time, it’s not the case. Inspiration even comes from the space and the time in between.

The pleasure I get from my family and from doing things outside of music and then bringing it back to the studio, it doesn’t happen on a dime. I wish in a perfect world it did. I wish everybody was on all the time, but that’s just not the case. Our process is we record, we record, we record, and then we look at it and start taking things away. So, the time away from recording is just as special as the time being put into the record. Then you play it for someone else, and they give you a whole new perspective that you didn’t see before.