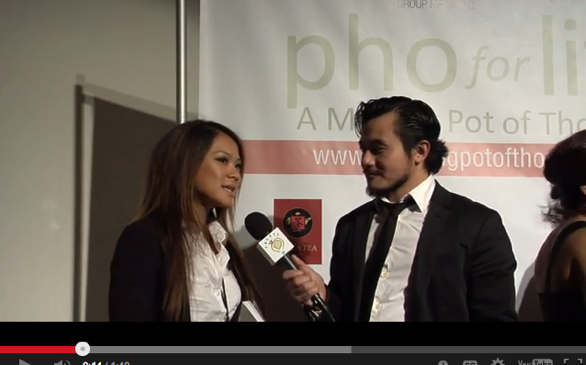 Kim Pham is interviewed at her book launch.
(Credit: Youtube)

Kim Pham, a recent graduate from Chapman University, is currently on life support after suffering a vicious beating outside a Santa Ana nightclub Saturday, reports the Los Angeles Times.

LA Times states the 23-year-old was standing in line with a group of friends outside the Crosby in downtown Santa Ana when they got into an argument with another group. Pham's attackers reportedly hit and stomped the young woman until she was unconscious.

Police have arrested one woman and are looking for four more suspects in connection to the altercation - two males and two females. The beating was captured on video.

"Our beloved sister, daughter and friend Kim (Annie) Pham passed away on Sunday, January 19, 2014 at 12:36 PM. Kim is currently on life support because her wishes had always been to help others by being an organ donor.

At this time, we ask for privacy to mourn for our loss. Thank you for all your love, support, and prayers and we are still fighting for Kim. Stay strong.