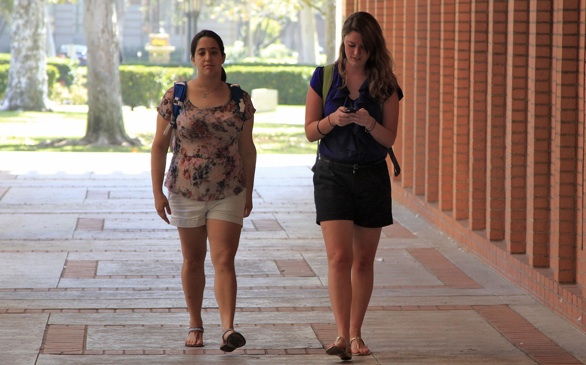 These two students filed a complaint against the UNC-Chapel over its handling of sexual assaults.
(Credit: Jonathan Alcorn/MCT)

A White House report states college women are more at risk of being raped or assaulted than anyone in America.

Thus, President Barack Obama is expected to sign a presidential memorandum Wednesday that will create a task force. This task force will have 90 days to come up recommendations for colleges to prevent and respond to sexual assaults, according to the Associated Press.

The White House report revealed some shocking statistics about sexual assaults in the U.S., in particular at colleges, where rape’s prevalence is highest:

-1 in 5 women have been sexually assaulted at college...but only 12 percent of student victims report the assault.

-Nearly 22 million American women have been raped in their lifetimes.

-1.6 million American men have been raped in their lifetimes.

-Sexual assault victims are more likely to suffer from depression, substance abuse and even chronic pain and diabetes.