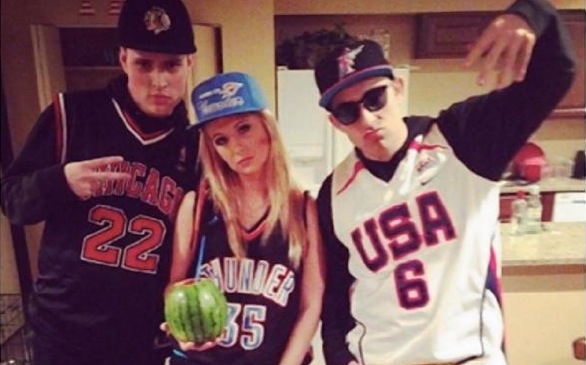 Another fraternity finds itself in a whole lot of trouble after throwing what people are calling a racist party.

The party featured guests portraying racist stereotypes: some donned basketball jerseys, some were flashing gang signs, and some were even holding watermelon-shaped cups.

"This kind of behavior is not tolerated by the university, and we intend to take swift and immediate action," said Rund.

ASU's TKE is not the first (and probably not the last) Greek organization accused of throwing offensive, racist parties, as explained in the Huffington Post's "Frat Behaving Badly" article. For example, Pi Kappa Alpha at UC San Diego threw a "Compton Cookout" during Black History Month in 2010, where students were encouraged to dress as "ghetto chicks" and gangsters; Dartmouth College's Delta Delta Delta sorority and Alpha Delta fraternity once threw a "Bloods & Crips" party; and two members of Beta Theta Pi fraternity at the University of Florida actually showed up to a party in blackface.