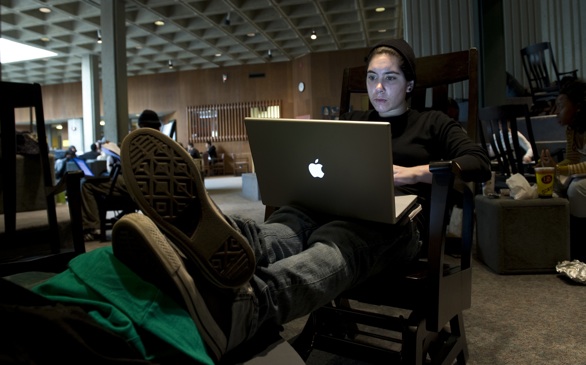 Yes, you read that headline correctly.

According to the Independent Florida Alligator, iStrategyLabs released a report Wednesday that revealed the number of college students using Facebook has decreased rather sharply from 2011 to 2014 -- the number has decreased by a whopping 59.1 percent.

One social media specialist, Andrew Selepak, suggested the decrease could be due to Facebook's privacy terms and students' concern over who can see their posts, especially their parents. If parents (and even grandparents) are getting on Facebook, this could be hurting the social media site's "cool factor," causing it to lose its appeal to some students.