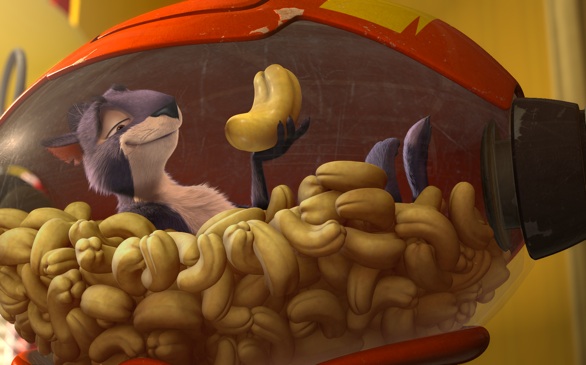 Surly, voiced by Will Arnett, in The Nut Job.
(Credit: Toonbox)

A sequel to The Nut Job will be crackin' into theaters in January 2016, reports the Hollywood Reporter.

The film, which features voice-overs from Katherine Heigl, Will Arnett and Maya Rudolph, did better than expected at the box office, raking in $25.7 million in North America. Now, Open Road Films will make a follow-up film titled The Nut Job 2.

It is unclear whether Heigl, Arnett and Rudolph will be returning for the sequel.

The Nut Job is about a mischievous squirrel who tries to pull off an outrageous nut store heist.

Read our FEATURE with Katherine Heigl and Will Arnett.