Analyst Says USC Fans Need to be Patient with Basketball 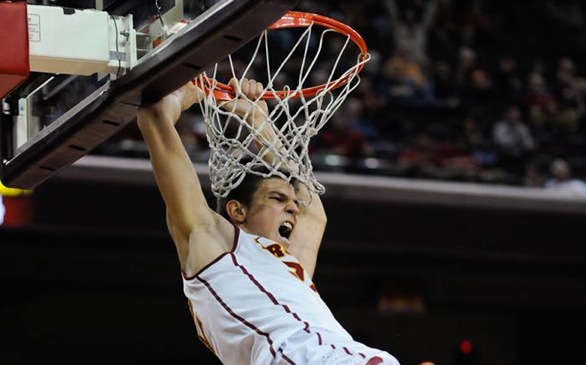 A slow start in Pacific-12 Conference play should be expected for a usually overmatched USC this season. But Pac-12 Network analyst Matt Muehlebach said fans need to be patient with new coach Andy Enfield and compared him to Utah coach Larry Krystkowiak, who is currently 14-4 this season.

“Utah is a good example,” Muehlebach said. “Larry Krystowiak won six games his first year. It’s a honeymoon period this year (for Enfield). “He did a nice job getting a staff when he got hired at USC. Your staff is where you bridge that gap when you first get hired and don’t have all the players you want.”

“I’ve been really impressed in Wesley’s growth,” Muehlebach said. “I’ve watched him grow since he was a freshman.”

One problem this season for USC is consistency in conference games. Enfield blamed shot selection as one of the Trojans’ biggest issues.

“We play well in stretches but not for 40 minutes,” he said. “When teams go on six-to-eight point runs we need to do a better job making sure we get great shots. We’ve been in a lot of games that we lost.”

USC’s first six Pac-12 opponents were 88-21 entering Wednesday’s games. The Trojans’ three road games were at against teams (UCLA, Utah, Colorado) that are 37-3 at home.

There was a small crowd at the USC-Cal game Wednesday night, but the atmosphere is louder than ever thanks to a DJ that is attending some home games. At times the noise level is almost too loud for fans.