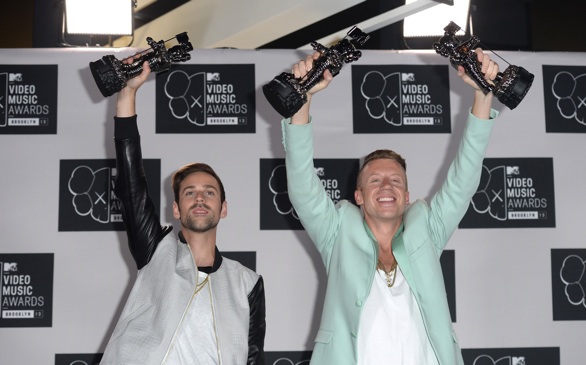 The two performed hit songs, including "Thrift Shop," "One Love" and "Can't Hold Us."

The Seattle duo won major awards in 2013, including Best Hip-Hop Video at the MTV Video Music Awards, Rap Song of the Year at the Billboard Music Awards and Best Group at the BET Awards.

However, the Associated Press reported earlier this week most of the rap committee members believed the duo shouldn't qualify for the rap categories because of their "success on mainstream radio and their appeal in the pop world," according to one source.