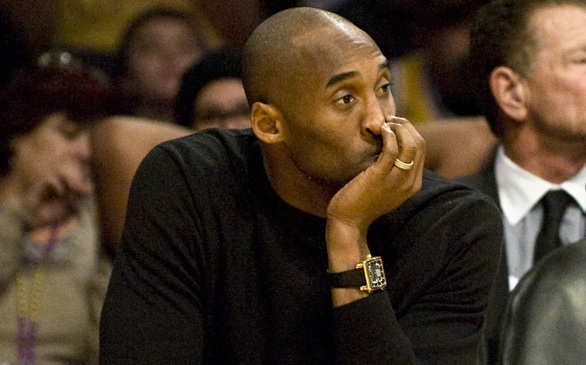 The Lakers’ star may have gushed over Anthony’s prolific scoring. Bryant goes to great lengths toward defending Anthony’s high volume shooting. But with Anthony having the chance this offseason to opt out and become a free agent, Bryant’s recruitment pitch appeared more passive than one of his scoring bursts.

“Well, everybody wants to play in Los Angeles,” Bryant said before the Lakers’ 110-103 loss Sunday to the Knicks at Madison Square Garden. “New York is a beautiful place, don’t get me wrong. But New York is cold as (heck) out here,” Bryant said, laughing. “Its palm trees and beaches are obviously more appealing.”

Would Bryant try to convince Anthony to join the Lakers?

“Players, when that time comes, will have to make the best decisions for them and their family,” Bryant said. “I try not to think about it too much. If he wants to call me for advice later as a friend, I’ll be more than happy to give it to him.”

Anthony has fielded criticism his entire 11-year career by remaining one of the league’s most elite scorers without winning an NBA championship. Bryant went through somewhat of a similar path. After winning three NBA titles, Bryant went through a five-year spell from 2004 and 2009 where he faced skepticism whether he could win a title without Shaquille O’Neal. Bryant also publicly questioned whether Lakers’ front office had both the competence and desire to build a championship roster around him.

“I didn’t want to be known as a scorer. I wanted to make sure I had a team around me that could contend for a championship,” Bryant said. “This is a team sport. A lot of times you have to work with what you have around you and be lucky in the sense of having an organization put a good team around you and be successful.”

Bryant demanded the Lakers trade him in 2007, though the team held firm and eventually secured Pau Gasol from Memphis, a deal that led to two more NBA titles for Bryant. The Nuggets eventually granted Anthony’s request to be traded to the Knicks in 2012.

“It’s important for the organization to understand the level of competitiveness that you have and that you won’t tolerate having a team that’s not in contention for an NBA championship,” Bryant said. “That’s what I did and it rubbed people the wrong way. Sometimes you have to kick down a few doors and (tick) some people off and trust it’ll pay off.”

How does Anthony cure his reputation?

“Winning a championship,” Bryant said. “That’s the only way any top scorer can shake it.”

Only 24 hours before learning the Lakers would extend him to a second 10-day contract, Manny Harris became an important part of the rotation. He posted a career-high 18 points on 6-of-9 shooting and two steals in the Lakers’ loss to New York, threw down a dunk and blocked one of Anthony’s shots.

“I’m getting more comfortable,” Harris said. “My mindset today was the same. I just got some good looks today and was able to knock down shots.”

Harris’ extended stay coincided with the Lakers delaying Xavier Henry’s timetable from a bone bruise in his right knee.

“I hope he gets healed as quickly as possible,” Harris said. “I didn’t really think about that as much as try to get better with my game and help the team win.”

Knicks forward Metta World Peace missed what would’ve marked his first game against the Lakers since being waived this offseason via the amnesty provision. New York coach Mike Woodson said World Peace was “under the weather.”