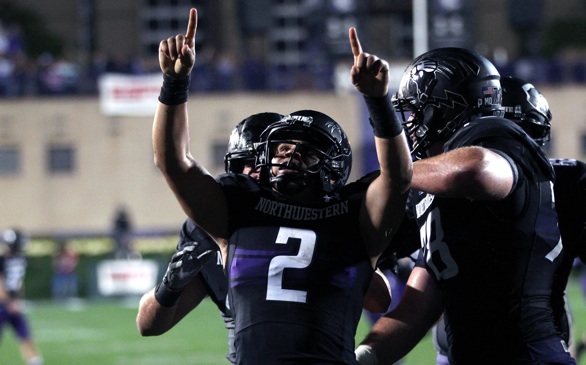 On behalf of the players, the president of the National College Players Association (NCPA) filed a petition in Chicago and submitted a form at the regional office of the National Labor Relations Board, according to ESPN's Outside the Lines. This is the first time in college sports history that athletes are asking to be represented by labor unions.

Former UCLA linebacker Ramogi Huma, who created the NCPA and is the current president, told ESPN, "This is about finally giving college athletes a seat at the table...Athletes deserve an equal voice when it comes to their physical, academic and financial protections."

The move to unionize players has nothing to do with mistreatment from Northwestern. Instead, it's about improving the conditions in which college athletes play under in the NCAA.

"We're interested in trying to help all players -- at USC, Stanford, Oklahoma State, everywhere," Northwestern quarterback Kain Colter, who reached out to Huma last spring, told ESPN. "Right now the NCAA is like a dictatorship. No one represents us in negotiations. The only way things are going to change is if players have a union."