Beatles Tribute: Why Only the Beatles Can Pay Tribute to Themselves 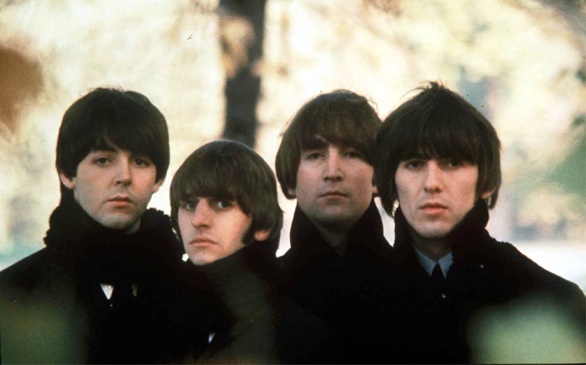 Monday night at the Los Angeles Convention Center, figures from all across the music industry gathered to pay tribute to one of the only musical acts it seems criminal not to like: the Beatles. And, of course, two of these important figures were members of the Fab Four themselves.

Sir Paul McCartney and Ringo Starr came out to both watch and perform as others honored their legacy. Apparently, McCartney was initially unsure about whether or not it was acceptable to participate in a tribute to oneself, and I don’t blame him. It seems somewhat akin to speaking at your own funeral, which to me is something out of a very self-centered and disconcerting dream.

But the fact is only the Beatles can pull it off. Only the Beatles have had so many songs that have transcended their initial recordings and been firmly entered into the cultural lexicon on the strength of their melodies. Though they are the living legends behind the songs themselves, they have given them over to other people and have become simply purveyors of the undeniable hooks they created years ago. And only for the Beatles does that seem okay.

The Beatles tribute featured performances by many of today's top artists, including John Legend, John Mayor, Keith Urban, Katy Perry, Alicia Keys, Brad Paisley, Pharrell Williams, Maroon 5 and more. The all covered some of the Beatle's most popular songs: "Let It Be," "Yesterday," "Yellow Submarine" and more.

When it comes to most other bands, performing a cover seems almost like a cop-out, and there is constantly the question of whether or not the new version favorably compares with the original. Yet somehow, Beatles songs can be borrowed by most, though never fully owned. Maybe it’s because it is one of the only bands that has reached that level of fame. Loving them seems so universal, it’s hard to claim ownership of them the way many people try to do with music. No one can claim to have gotten there first or to be a fan before everyone else (except quite possibly my Grandmother, who went to see them live and has a record collection that includes original Beatles drummer, Pete Best). The rest of us just have to accept the fact we don’t love them any more than anyone else. One must simply be immersed in our current culture in order to be a fan.

Anyways, covering the Beatles just makes sense. The band took on so many personalities, it seems inevitable that other performers would want to imbue a bit of their own style into a piece. I am most definitely a Beatles fan, and I am no less of a fan because I like the Jim Sturgess version of “Revolution” in Across the Universe.

Beatles member George Harrison went from a cute guy in a suit to a bearded man who plays the sitar. If the songs work for both of these characters, then John Mayer finding a bit of himself in “Don’t Let Me Down” with Keith Urban works for me.

Last night presented a challenge for seasoned performers; stage fright is one thing, but when your idols and music legends are sitting in front of you, that seems to take it to a whole other level.

Still, the performers breathed new life into the recordings we have all heard so many times before, and we’ll be able to see for ourselves what they can do when the concert airs Feb. 9 on CBS.