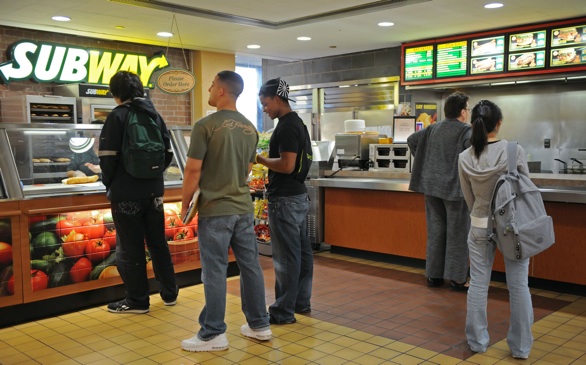 We're all aware of the dreaded "Freshman 15" -- the tendency for new college students to gain weight during their first year thanks to the unhealthy array of eating options.

However, a new study in the Journal of Nutrition Education and Behavior found that a higher percentage of college students are not eating enough because they can't afford it (which is referred to as being "food insecure"), reports TIME magazine.

Being food insecure means you are not able to eat nutritious foods on a continuous basis. At an university in Oregon, 59 percent of students were food insecure at one point last year. In 2012, food was insecure in 14.5 percent of American households at one point, suggesting the rate among college students was four times higher.

TIME also reports 62 percent of students in the study said they couldn't afford balanced meals, suggesting they are struggling to buy fruits, vegetables and lean meats. However, the study cannot confirm this.