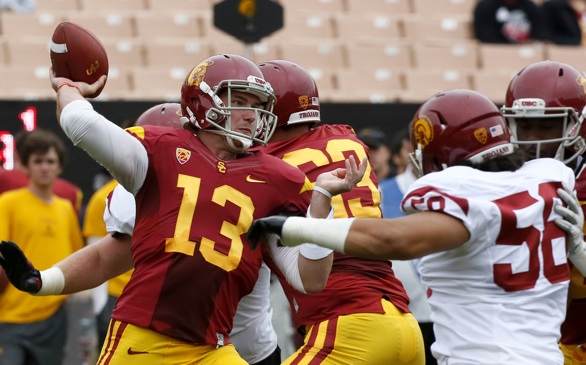 “I’ve learned a lot since I’ve been here...I’ve been through a lot and USC has helped me become the man I am today and there is no better place. The Trojan family is amazing. My journey has been a little bit different — it didn’t work out with the traditional picture-perfect ending, but I definitely look back with a lot of positive feelings.”

This is what Max Wittek told the Los Angeles Times Wednesday. The Trojan backup quarterback, who is a fourth-year junior, informed everyone about his plan to leave USC; he'll graduate at the end of the semester and transfer to another school.

According to the LA Times, he said, “Getting my degree from such a great university will mean a lot, and ultimately, allowing me to play right away with two years to play was the best way to go.”

Wittek will get the chance to play immediately after his transfer due to NCAA rules.

Wittek hasn’t applied anywhere yet, but he hopes to choose a university where he is comfortable.

He finishes his time at USC with three touchdowns and six interceptions.