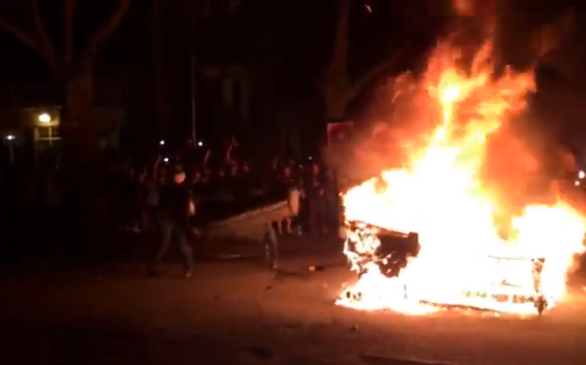 In the photo, you can see students about to throw a couch in the flames.
(Credit: Youtube/username: watermelon)

Students at the University of Washington had a rather unconventional celebration after the Seattle Seahawks won Sunday night's Super Bowl against the Denver Broncos: they lit a bunch of stuff on fire.

According to Sports Illustrated, there was a crowd of about 3,000 students, and some were setting stuff (mostly furniture) on fire. It happened mostly on the university's Greek Row, and students were reportedly shouting, "YOLO."