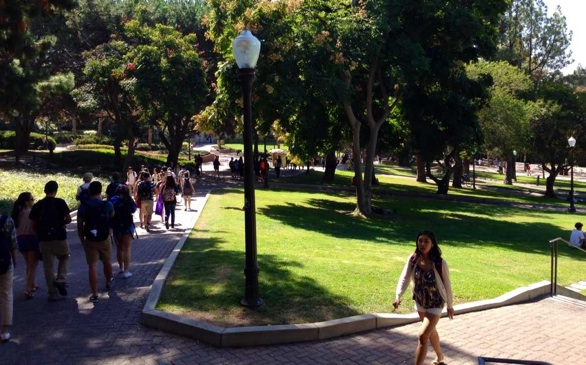 Authorities are searching for two different suspects involved in creepy crimes that took place this past week at UCLA.

According to the Los Angeles Weekly, UCLA police said a man allegedly hugged, grabbed and sexually battered a woman at a dance party on Landfair Avenue around 10:30 p.m. on Jan. 24. He was described as a white, 5-foot-7, unshaven male.

The second incident involves a peeping Tom. It reportedly happened the next day at a apartment building on Roebling Avenue at about 10 p.m. and then again at 2:30 a.m. The same peeping Tom was reportedly seen Thursday looking into the windows of the same building. This suspect was described as a 5-foot-10, thin African American male wearing a blue hoodie.