Top 4 Movies to See in L.A. on Valentine's Day: Sparks are flying at the movies this year! 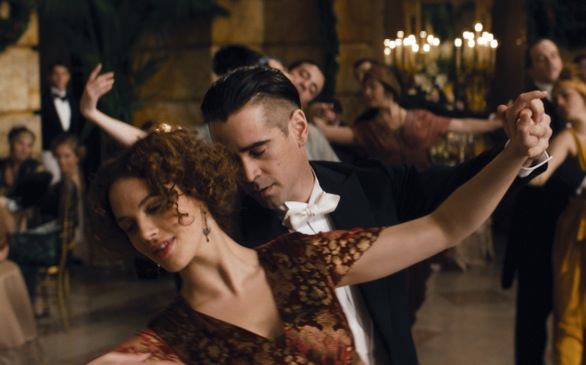 College students love to wait until the last minute to make plans on Valentine’s Day. The holiday is just around the corner and instead of just buying chocolates and flowers from a local drug store, why don’t you plan on indulging in a romantic movie and see Endless Love, Winter’s Tale, About Last Night or Labor Day?

Endless Love and Winter’s Tale are romantic love stories through and through. If you want to ball your eyes out at the movies this Valentine’s Day, see either of those. If you are into romantic comedies full of love, laughs and heartbreak, About Last Night is your best bet. And lastly, if you crave a suspenseful drama with love, loss and innocence, watch Labor Day.

Endless Love is a timeless story about two teens, Jade Butterfield and David Elliot, stuck in a forbidden love. That love is tested when Jade’s father starts digging into David’s past and finds a secret too dangerous to ignore. Alex Pettyfer and Gabriella Wilde play the love-struck teens. Pettyfer is most known for his role in I Am Number Four, Magic Mike and Beastly – he is an okay actor, but he can hold his own in this new film. Wilde is a lesser-known actress who had supporting roles in Carrie and The Three Musketeers. She has potential, but it’s hard to tell if Endless Love will be her breakout film.

Peter Lake is in love with Beverly Penn in Winter’s Tale. However, on their first encounter Beverly dies in Lake’s arms. Using his newly discovered ability of reincarnation, Lake tries to save his true love. This movie has many well-known, successful actors and actresses, so audiences have high hopes it will be a successful adaptation of Mark Helprin’s novel. Winter’s Tale’s leading stars are Colin Farrell and Jessica Brown Findlay. Farrell, a Golden Globe winner, is most known for is roles in Phone Booth, Total Recall and Alexander. His performance in the former was very captivating and convincing; there’s no doubt Farrell can play the role of Peter Lake in Winter’s Tale. Brown Findlay, most known for her work in “Downton Abbey,” Albatross and Black Mirror, will make a great Beverly.

About Last Night is based on the 1974 play by David Mamet (“Sexual Perversity in Chicago”) and comes after the 1986 film that starred Demi Moore, Rob Lowe and James Belushi. In this 2014 adaptation, two new couples try to turn casual relationships into serious ones. Kevin Hart and Michael Ealy are the two men trying to make their new relationships work in the real world. Hart plays loud, over-the-top funny guy Bernie, and Ealy plays Danny, a man who thinks he knows what he wants in a relationship and life, but makes a few mistakes along the way. Hart is most known from his stand-up comedy specials, Laugh at My Pain and Kevin Hart: Let Me Explain. Both are hysterically funny, so there’s no doubt Hart will own his role as Bernie. Ealy is most known for his work on Seven Pounds, Underworld: Awakening, “Almost Human,” the recently canceled “Common Law” and similar rom-com, Think Like a Man. He’s a good actor who can play the role of Danny easily.

View a darker take on love with Labor Day. It follows escaped convict Frank (Josh Brolin), single mother Adele (Kate Winslet) and a police pursuit in the midst of it all. We all know Winslet from her role as Rose in Titanic in addition to her roles in Eternal Sunshine of the Spotless Mind and Revolutionary Road. She is more than qualified to play Adele and because of that, she will do so beautifully. Brolin’s roles in W., Wall Street: Money Never Sleeps and No Country for Old Men demonstrate his ability to play serious, dangerous characters, making him the perfect actor to portray Frank. As for his “romantic” acting abilities – that has yet to be seen!

Whatever you end up seeing on Valentine’s Day, make the holiday weekend special, romantic and unforgettable with a trip to the movies!