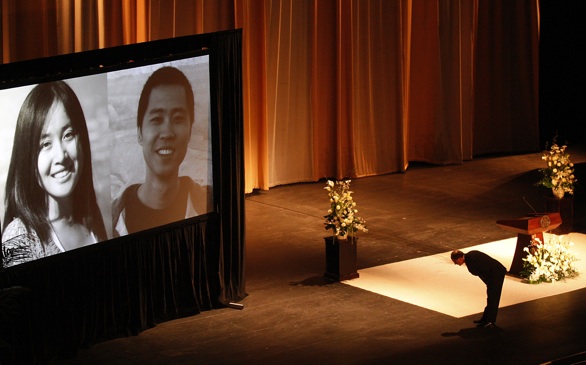 Barnes was charged with slaying two international USC students from China in April 2012. Instead of the death penalty, he will serve two consecutive life terms in prison without the possibility of parole.

The two victims, Ying Wu and Ming Qu, were killed in an alleged robbery attempt while sitting in Qu's parked BMW car near USC. Barnes, 21, was arrested in the killings along with 20-year-old Javier Bolden, who is awaiting his own trial.