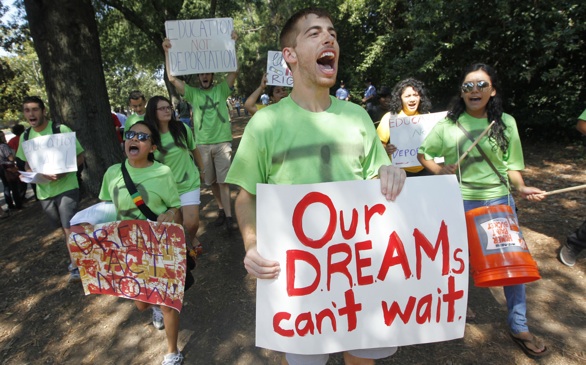 Two Long Beach colleges are among 12 nationally that will offer scholarships to low-income students who are in this country illegally and not eligible for federal financial aid, officials announced Tuesday.

The name refers to the federal Dream Act, which would offer a pathway to citizenship for the estimated 1.7 million young people brought to the country illegally as children.

In 2011, California adopted a version that provides immigrants in the state illegally access to state financial aid at public colleges and universities. The state also allows these students to pay in-state tuition.

The new scholarship program will cover tuition, fees and book costs of as much as $25,000 for 2,000 students over the next decade.

"Assisting these students achieve their academic goals is good for our community and our economy as once they obtain a college credential, their families are more likely to contribute to the economy in positive ways," Long Beach City College President Eloy Ortiz Oakley said in a statement.

To be eligible for a scholarship, applicants must have graduated from a U.S. high school with a cumulative grade point average of 2.5 or higher, must qualify for the federal deferred action immigration program, must demonstrate financial need, must show strong motivation to succeed in a career-ready or bachelor's degree program and be enrolled in a participating institution.

The deadline to apply is March 31.

"This initiative represents an excellent opportunity for our two institutions to serve these hard-working and motivated students in reaching their personal and career goals," Cal State Long Beach Interim President Donald Para said in a statement.