The Truth About Taking a Gap Year (in Ethiopia): Not being a college student made me a better one. 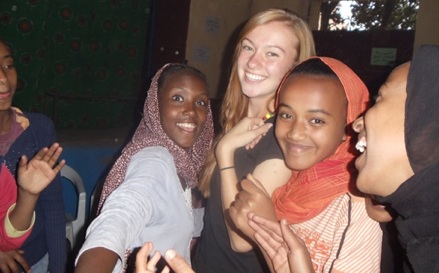 I am one of those Gap Year kids. Yes, I have seen the "Gap Yah" video and no, I did not “chunder everywhere” (at least not that often). The decision to take a year off is one I get asked about a lot and for good reason.

Though taking a year off is relatively standard practice in places that aren’t the U.S., it’s not exactly the norm over here. I’ve talked to a lot of people who have expressed jealousy, of both what I did and the fact that I took time off at all.

And I’m not gonna lie; it was probably the best decision I’ve ever made and not just for the fact that my passport looks a lot more impressive now than it did before.

Before my gap year, college was just “The Next Step.” Both my parents have multiple degrees. I went to a competitive high school where the question wasn’t “Am I going to college?” but “Where am I going to college?” The decision of whether or not to pursue a college education was a decision that had been seemingly made for me. I had my next step all laid out for me, and I was totally okay with that…until the answer to the question of “where?” became one I didn’t like.

Not getting into my first choice school (or second or third) certainly made me re-evaluate that neat little plan I had for myself. So, I decided to defer my enrollment from one of the schools that did accept me and just reapply so I could go where I wanted. In the meantime, I figured I could do some of that cool, life-changing travel stuff. But the more I thought about the places I’d go with all this free time, the more I found my priorities shifting.

I made up my mind that while my friends would be going to Ikea with their parents to find things to decorate their dorm rooms with, I would be getting on a plane to Ethiopia. I became so entranced with this idea that I was a lot less eager to think about finding a different school. Stressing about the college admissions process yet again seemed almost foolish. Thus, I decided not to. If I could defy my high school’s convention of going to school right after graduation, then I could defy the convention of going to the Ivy League as well.

So I left. And, like any period in one’s life, it was a mixed bag. There were low points, such as bursting into tears when I heard “Party in the USA” while walking by a café on a particularly homesick day, but there were high points as well. I doubt any wedding I ever go to will ever compare with the Ethiopian weddings I attended (the idea of my WASP-y family doing the Ethiopian shoulder dance known as eskesta is laughable).

I taught a room full of 13-year-olds how to sing “Rudolph the Red-Nosed Reindeer.” Even the potentially depressing Thanksgiving without my family turned into an amusing feast with my friends, as I was accused of “destroying” food when I introduced them to mashed potatoes. There were moments I felt the most acute feelings of isolation I’ve ever felt, but these moments helped me learn how to accept being alone, a skill I’m sure will serve me well later on.

We live in a fast-paced country, where we are all expected to do everything at once, but having enough time to eat lunch is a point of pride. Ethiopians consider an adequate lunch break one that includes going home, cooking, roasting and brewing one’s own coffee beans and finishing it off with popcorn.

While I was gone, immersed in this slower-paced world, I was removed from the trajectory I had been on. Instead of barreling through the motions without really knowing why I was doing them, I had time to think about direction. Sometimes what we really need is to slow down a bit, to mull over what we’re doing before we do it rather than just doing what seems the easiest or most logical step.

I found myself missing academia and intellectual conversations with people my own age. Experiencing life in Ethiopia allowed me to think of college as a different experience in and of itself, one that I truly wanted to have. College is a world of obligations, and I went into it accepting them and taking them on with intention. It’s hard to resent obligations you create for yourself.

A gap year is not necessarily a step back; it’s more of a step to the side to survey the path, look where it’s going and decide if that’s a road you want to go down.

Travel
Why are so many people hiking this rustic California valley in Mammoth’s shadow?
1,741 views

Travel
Iceland's geothermal lagoons are a key tourist attraction: Here are 5 of the best
283 views

Travel
Winter in Mammoth is great, but summer is when it shines
943 views

Travel
This lush California trail has 'Jurassic Park' vibes. Here's how to book a reservation
518 views

Travel
Already booked your flight? A lower fare might still be available to you
385 views

Travel
Traveling with pets this summer? Here’s what to know to keep them safe and secure
460 views 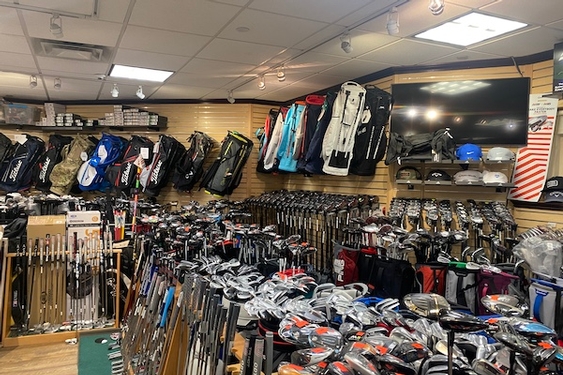 Travel
On your next visit to New York City, bring your game to The Golf Club at Chelsea Piers
896 views