Kristen Stewart Admits She Regrets Not Going to College 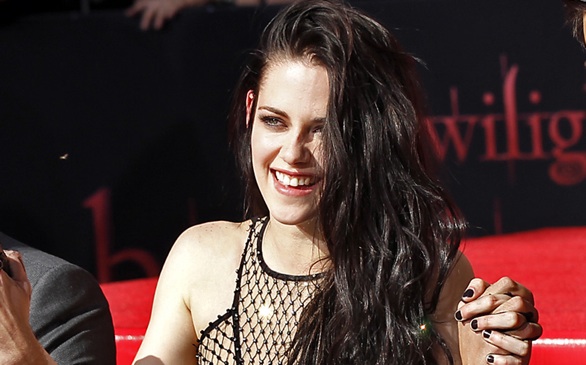 Kristen Stewart poses for the cameras during the handprint and footprint ceremony in Hollywood.
(Credit: Al Seib/Los Angeles Times/MCT)

In an interview with Marie Claire magazine, actress Kristen Stewart admitted one of her biggest regrets: not going to college.

In the past, we've reported we heard through the rumor mill the Twilight star might be taking a distance-learning course in English literature at UCLA last fall (however, neither the university or Stewart's reps confirmed this reports).

Nevertheless, Stewart has recently been very open about her thoughts toward college.

"The biggest struggle I've ever had has been about not going to school and working instead. I was worried about turning down specific individual experiences," she told the magazine.

Stewart went on to talk about a recent movie she did called Anesthesia, where she had to play a college-educated woman: "I just did a movie with Tim Blake Nelson [Anesthesia, which recently wrapped], and he is brilliant. If I were as smart as he is, I could have the most killer conversation with anyone because I know I have it in me. I just don't have the tools necessarily as well-developed as he does. I play this character who is getting her master's degree in philosophy at Columbia, and I think I'm smart, but I'm definitely not book smart in that way."

At only 23 years old, Stewart is certainly not too old to go back to college. Many actresses have made the transition from Hollywood limelight to campus lecture halls. Just look at Justine Bateman, Emma Watson, Mary-Kate and Ashley Olsen, and (possibly!) Amanda Bynes.

Seriously, it's never too late to go back to school.