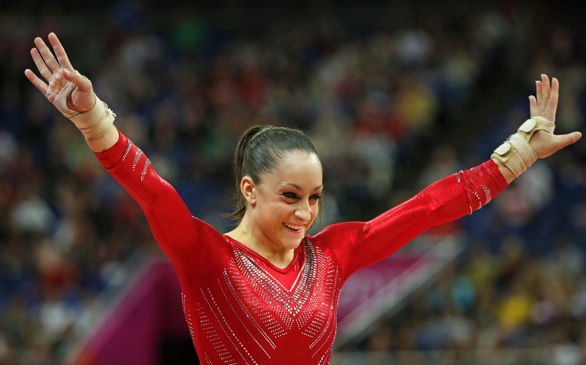 With Olympics on the mind of much of the world, UCLA Today sat down with freshman and former member of the Gold-medal winning U.S. gymnastics team at the London games, Jordyn Wieber.

Before jetting off to London to compete, Wieber made the decision to go pro and accept prize money for her participation in the competitions.

This decision has disqualified her from joining the UCLA women’s gymnastics team, though that doesn’t stop her from working as the team’s manager. In this capacity, she is able to train privately but still develop a sense of camaraderie with her fellow gymnasts.

Though NCAA gymnastics is often the next step for former Olympic athletes, the nature of the competitions are quite different. While Olympic routines are awarded points based on the difficulty of the elements performed, the collegiate level bases scores on the execution. The teams also train together as opposed to training alone, as most elite gymnasts do.

As a UCLA freshman and member of the team, Wieber has been enjoying exploring Westwood, shopping and getting her nails done. She lives in the dorm with one of her teammates, giving her the ‘student athlete’ side of the true college experience. UCLA is no stranger to the difficulties faced by student athletes, so the school offers them tutors and academic advising.

Due to an injury, Wieber's future in the sport was somewhat up in the air after the London games. She “was contemplating whether to keep going with the sport or not, and literally a week later, I was ready to get back in there because I still love the sport so much. So I went back into the gym to train. Then I decided to start school and see what my plan was from there. So that’s what I’m doing.”