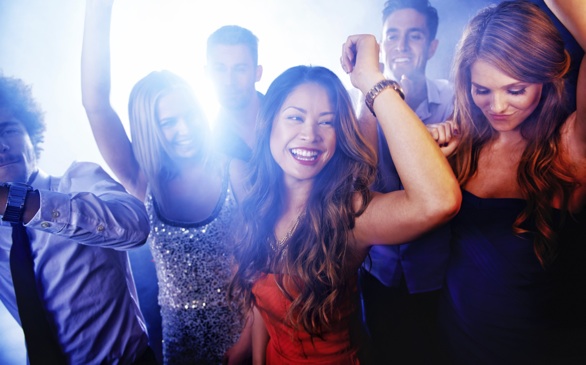 The party doesn't stop at USC, but there are some new restrictions.
(Credit: iStockphoto)

For the first time since 1992, USC has taken a good hard look at the social policies that govern the after-hour activities of its student body. After semesters of closing and reopening the row, the policies regulating social activities have been changed in order to reach a compromise meant to offer safer social environment to its students.

The regulations, as stated in the SCampus Student Guidebook are as follows:
1.    All university recognized social events must be scheduled following procedures of the university, and all required clearances must be obtained.
2.    Social events where alcohol is NOT provided by the host student organization are permitted Sunday through Thursday until midnight and Friday through Saturday until 2 a.m.
3.    Social events where alcohol is served by the host student organization are ONLY permitted Thursday until midnight and Friday and Saturday until 2 a.m. Alcohol service must end by 1 a.m. on Friday and Saturday nights.
a.    Distribution of alcohol to persons under the age of 21 is prohibited.
b.    Alcohol must not be the main “focus” of the event.
c.    When alcohol is served, it is required that sufficient quantities of non-alcoholic beverages and food must be available.
4.    All members of the USC community are expected to abide by all federal, state and local laws, including those governing alcohol consumption and distribution. Under California law, it is illegal for anyone under the age of 21 to purchase alcohol or to possess alcohol in a public space. It is also illegal for anyone to furnish alcohol to an individual under the age of 21.
5.    Amplified sound cannot exceed 90 dBA, 50 feet from the source.68.
6.    No social events may take place during university study days or final exams.

Other regulations not directly stated in the handbook include a Greek Social Draft, limiting the number of fraternity houses allowed to have parties on a given night. Students will also no longer be penalized for calling an ambulance for students in need of transportation to the hospital.

Support for the New Policies

Christian Kurth, President of USC’s Undergraduate Student Government (USG), took part in the negotiations with USC administration that helped shaped these policies: “As far as the social policy goes, although I am a Greek student, I went into the negotiations as a representative of the entire student body -- Greek and non-Greek. I believe the updated Social Events Policy is a huge milestone for USG, and will benefit the entire student body in various ways. We've been stuck with a policy that was created in 1992 that has failed to change with the transformation of USC from a commuter school to a very residential campus. Telling students that they can't host an event passed 10 p.m. on a weeknight simply isn't realistic. Our students now have the ability to host an event of their choosing Sunday-Thursday until midnight, and Friday and Saturday until 2 a.m."

He continued, "Although USG had nothing to do with the implementation of the new Greek Social Draft, I do believe the creation of the new social policy will allow the Row and the university administration to be a lot more transparent with each other. There is a clear set of fair and modern rules that can be followed and will be enforced. Both sides know what's expected of the other - there's no fuzzy gray area anymore.”

Olivia Diamond, the Senior Director of Communications for USG, also believes that the regulations will have a positive impact on social life at USC. “Though it may be hard to find the perfect policy that everyone agrees with,” she said. “USC is addressing problems like transports and under-aged drinking that need to be dealt with. These efforts to reform social policies, instead of continuing this cycle of canceling and re-instating fraternity parties, will hopefully help alleviate some of these issues.”

Diamond also pointed out that this semester is a “testing” period for the new policies and that after the semester is over, the policies will have to be re-examined. The proactive stance will hopefully lead to policy reform that is truly beneficial to the welfare of students on campus.

Jenny Olofson, a Sophomore Cinematic Arts and Psychology double major, commented in support of the regulations: “Initially I was uncertain about how the row’s new social policies would change social life. I knew students were eager for the new regulations to take place, but annoyed with their strict nature. But thinking rationally, I actually find these new regulations inviting to a new kind of social scene simply where more activities take place on weekends rather than weekdays. I have high hopes for the future of the row with the addition of these new policies.”

The Other Side -- Opposition

Reviews regarding the policies are not all positive, however. Though many see the regulations as a positive move to a safer social scene for students, others feel as though the regulations restrict their college experience and eventually lead to more harm then good.

Brooke Turpin, a Junior Creative Writing major, felt as though her friendships at USC have been hampered by the new policies: "I have a ton of friends in other houses that I can't see as often anymore because of the lack of parties. There are so friends that you only get to see when you go out, and USC is taking away that opportunity."

Another young woman, Gillian Cooper, a Junior Social Sciences major, spoke out even more strongly against the regulations: "No matter what policies you put in place, you are going to have a hard time regulating college students."

Cooper continued, “USC social life is not weekend oriented, and they shouldn't force it to be. We live in Southern California, there are a lot of places to go on the weekend which is why the social calendar is the way that it is…  Also, you have this row-wide social hierarchy, meaning that there will be hundreds of kids at fewer parties, and they will get out of hand. Students are going to go out even harder, and drink even more, at the few social events they can go to."

Nikki Borchard, a Sophomore Communication major, also chimed in to agreed with Cooper, "If there are fewer social events, students will be less likely to balance out your drinking across multiple days- instead you will drink even more at the few social events that you can attend."

Cooper also felt as though the new regulations were necessarily for the protection of students, but rather a PR move to boost the image of the school. She asked, "If we stop kids from getting transported to the hospital, can we go back to having more freedom like we used to?"

The commentary of Stefan Pouliot, a Senior Business major, reflected some of Cooper’s sentiments: “I understand the university’s thought process of trying to minimize the ‘infamous’ Greek like in hopes for higher academic achievements, but in my opinion the approach is extreme. USC’s social life, especially the Greek system, is a huge attraction for incoming students,” he said.

Only time will tell how successful the new social policies will be in creating a safe and fun social environment for USC students. Though those graduating in upcoming months many not feel particularly affected by these regulations, these policies will certainly shape the college experience of many current and incoming Trojans.