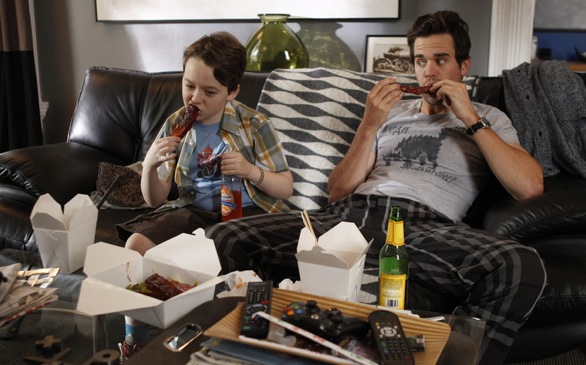 NBC is getting ready to premiere its new show, "About a Boy." The pilot will air Feb. 22 after the Olympics.

"About a Boy" is based on the book of the same name by Nick Hornby.

David Walton ("New Girl") plays Will Freeman, the single bachelor who will say/do anything to get the girl. Minnie Driver (Good Will Hunting) plays Fiona Brewer, the overprotective mother who is also a vegan. And Benjamin Stockham (Quarantine) portrays Marcus Brewer, the boy who gets picked on at school because he is "strange."

Fiona and her son, Marcus, are Will’s new neighbors. When Will gets caught up in a lie when he tells his new love interest that he has a son and is a single father, he asks Marcus to play the role of his son. Throughout a series of events, Will and Marcus connect and Will sort of becomes his father figure.

The trailer looks hilarious and sweet. The show's regular time slot will be Tuesdays at 9 p.m. after "The Voice."