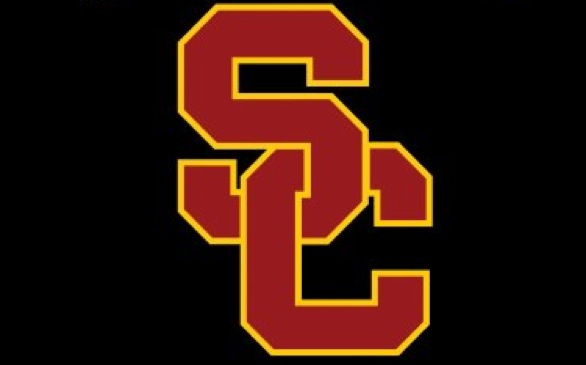 The season is not over, but USC fans appeared to give up on the Trojans with a crowd of only 3,217 at Thursday night’s game against Utah. That included about 200 fans in the entire upper deck of the Galen Center.

The small gathering probably thought it watched a rerun as yet another atrocious start to a second half buried the Trojans, who rallied and fell short in a 79-71 loss to the Utes.

Utah went on a 15-0 run that proved to be the difference. That costly lapse followed Sunday night’s 27-5 run that UCLA used to put away the Trojans. In each case, USC fought back but could not make up the deficit.

“Tough loss for us,” USC coach Andy Enfield said. “In the beginning of the year we played better in the second half than the first. Now it’s reversed.”

“It’s been really tough,” USC guard Byron Wesley said. “We have to work on not having five-to-seven minute stretches where we don’t score. I don’t know why, but it costs us games. We need to figure it out and correct it.”

At least Enfield tried something different Thursday night by tinkering with the starting lineup.

“I wanted to give everyone a chance to play,” Enfield said.

Even more surprising was the 20 minutes Enfield gave little-used freshman point guard Kahlil Dukes, who had not played since Jan. 18. Dukes scored a career-high 10 points.

That begged the question why Dukes rarely plays if he is the best shooter on one of the worst perimeter teams in the Pac-12.

“He’s a freshman and learning,” Enfield said. “He needs to get stronger, work on his defense and his ball handling.”

Despite falling behind 56-39 after the Utes’ 15-0 run, USC forward Nikola Jovanovic cut the lead to 71-67 with less than three minutes left. But Utah forward Jordan Loveridge’s 3-pointer as the shot clock expired with 1:25 left put the game away as the Utes took a 76-68 lead.

Perhaps indicative of the game, even when Gavrilovic scored on a breakaway dunk to cut the lead to 62-52, he was called for a technical foul for hanging on the rim.

“We need to be smarter than that,” Enfield said.

Notes: USC guard J.T. Terrell did not enter the game until 15:34 remained in the game. Enfield said Terrell was sick and missed practices this week. Utah made 10 shots from 3-point range. UCLA also made 10 in the Trojans’ previous game.