Analysis: Defensive Problems Could Trip Up Clippers as Playoffs Near 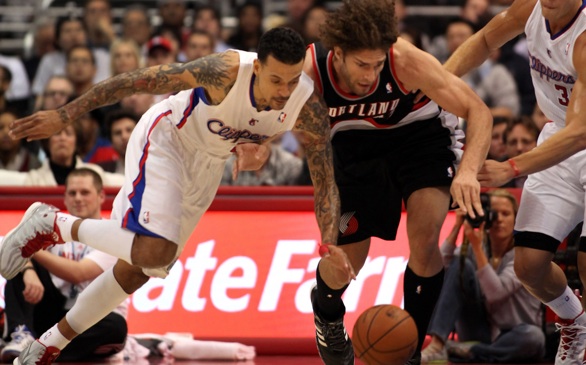 They call it the halfway point, but in reality, we’re way past that.

The Los Angeles Clippers will step on the court 27 more times before the playoffs begin. While the Clippers are leading the Pacific Division and in the driver’s seat for home-court advantage in the first round of the playoffs, Coach Doc Rivers isn’t satisfied.

He knows the Clippers can be better.

“Our key is to be ready for the playoffs, not anything else for me,” Rivers said Monday. “That’s the way I look at it.”

In the final two months of the regular season, the Clippers are hoping to peak and hit their stride in time for a championship run. A few factors should help the team reach its goals, but a couple of things could stand in the way.

The Clippers’ inconsistent defense is the biggest cause for concern and hope for the team moving forward.

The numbers say the Clippers are an above-average defense, with the team allowing 104.7 points per 100 possessions — the 11th-best efficiency ranking in the league.

But, Rivers has admitted, those numbers are inflated a bit.

The two biggest issues the Clippers face are improving the defense on the perimeter and tightening up their rotations.

The two are tightly related.

Far too often, the Clippers are beaten off the dribble from the outside, setting a chain of events into motion that leaves the Clippers scrambling and vulnerable to too many uncontested layups and dunks.

The good news for the Clippers is everyone seems convinced the team will get better. They believe that largely because of the team’s slow climb to full strength.

The Clippers have played big stretches this season without Chris Paul and J.J. Redick, two of their better perimeter defenders. Paul has returned, and Redick should return shortly.

While those two will help the Clippers’ offense (which is No. 2 at 107 points per game), Paul and Redick will make an even bigger impact on the Clippers’ perimeter defense.

Also, the Clippers’ two other primary wing defenders, Jared Dudley and Matt Barnes, have been hampered by injuries throughout the beginning chunk of the season.

Considering the Clippers have played a top five strength of schedule, according the Basketball-Reference, the prospect of having a full roster has Rivers optimistic about the final 27 games.

Travel, though, also will be a consideration. While the Clippers head off on a three-game trip later this week, the frequent flier miles are finally going to stop compiling.

The Clippers will not play another Eastern Conference team on the road the rest of the season (unless it’s in the NBA Finals), with the 13 road games all coming west of New Orleans.

The first part of the season saw the Clippers go through two seven-game trips, which sucked the energy out of them no matter how nice the team’s private plane is and how comfortable the five-star hotel rooms are.

The Clippers have one more five-game trip, but the travel-weary days, for the most part, are a thing of the past.

With that being said, though, the Clippers will have to navigate a difficult schedule against the NBA’s best teams because, well, they mostly play in the Western Conference.

Ultimately, none of that matters. The final two months are about making sure the Clippers believe they can win a NBA title, Rivers said.

“You don’t know how many chances you have to go for anything, and we have that. That doesn’t mean we’re favored or anything like that, but we are one of the teams and when you have that opportunity, you have to seize it,” Rivers said.

“You already have to have thought that you were going to win. You don’t get in the playoffs and think, ‘We can win it.’

“If you don’t have that thought going into it, you’re not going to win.”