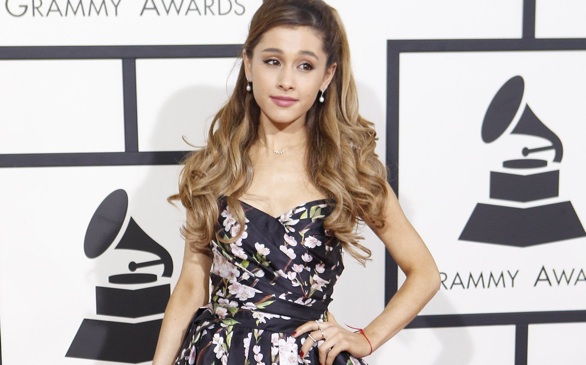 America's rising sweeheart Ariana Grande will be pairing up with "badboy" Chris Brown on a duet expected to release sometime this March, making fans of both artists anxiously waiting!

Both artists have been sending out tweets alluding to the release of a new song.

Grande has been working on producing new music since her newest album Your Truly released in 2013. She tweeted, “this. new. music. is. givin. me. buttaflies.”

Her manger, Scooter Braun, also tweeted, “@ArianaGrande that was an amazing session. Excited for this incredible duet on the way :).”

After Braun’s tweet, fans started playing guessing games as to who will accompany Grande on the song.

Within a few hours, Brown tweeted what looked liked a lyric from a song: ‘“i dug a single seed into the ground, I hope it grows."’

In a matter of seconds, Grande re-tweeted Brown and added what looked like the rest of the lyric: "in a year or two if you're around, you'll see a rose."’

Grande was asked a question on Twitter from a fan saying, “@ArianaGrande favourite song right now?????”

She responded by tweeting, “@Abingdong a song u haven't heard that is coming out in March.”