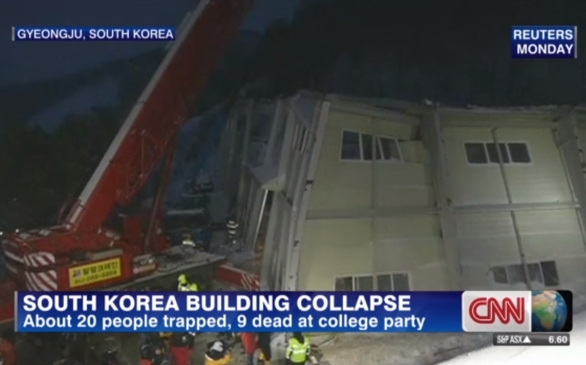 CNN reports more than 560 freshman students from Busan University of Foreign Affairs in South Korea were attending a welcome retreat in the city of Gyeongju. Monday night, the roof of the resort collapsed, killing 10 and injuring more than 100.

By Tuesday morning, South Korea’s Yonhap news agency reported that everyone who had been inside had been accounted for.

The cause of the collapse has yet to be officially determined, though there was heavy snow on the roof, authorities say.