'Freaks and Geeks' Comes to USC 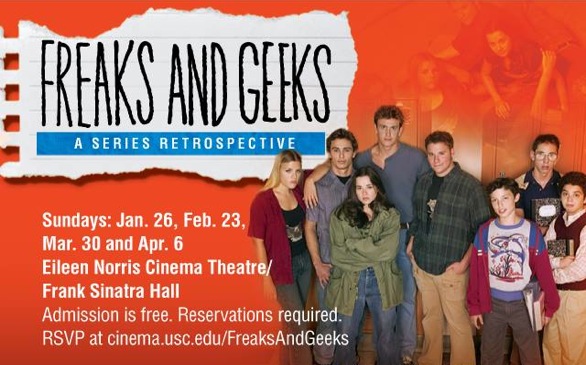 Even though it was cancelled after only one season, "Freaks and Geeks" has become a cult classic for audiences who appreciate the show's ability to depict the unfair complications of high school existence, with a sense of humor.

Over the course of the spring semester, USC is airing episodes of the show on-campus with a follow-up Q&A with the show’s actors, casting director, producers, writers and more.

There will be two more opportunities for students to catch these screenings and their respective Q&As on March 30 and April 6. For both events, the cast and crew that will be attending is TBD.