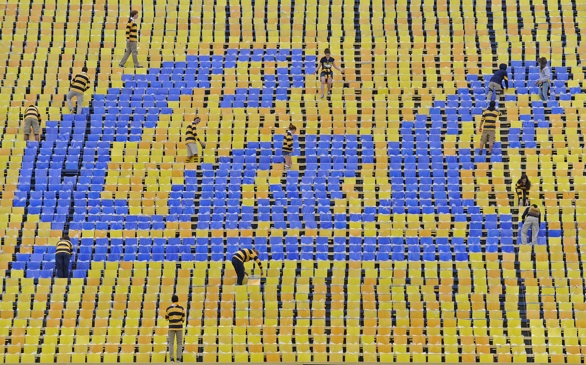 BERKELEY -- A 19-year-old student was arrested Tuesday morning after he made homophobic remarks and then punched, kicked and choked his roommate while the two were walking to a UC Berkeley library, police said.

Joseph Michael Donner, 19, was arrested on suspicion of robbery and aggravated assault after he demanded his 19-year-old roommate's cell phone and then accused him of being a homosexual as they two walked to Moffit Library at 11:50 a.m. Tuesday, police said.

The victim handed over the phone but when they reached Campbell Hall, Donner ordered his roommate to go into a construction area. When the man refused, Donner started beating him, police said.

Donner then repeatedly punched, kicked and choked the victim, whose name was not released. Police arrested Donner on Tuesday afternoon at his residence. An email sent to Donner for comment was not answered Wednesday.

"This is really unusual, particularly among people who are living together," said UC Berkeley Police Capt. Stephen Roderick. "We are always conscious of campus climate and are always working to make it as neutral here as possible."

Roderick said even though there are isolated incidents of hate speech or vandalism on campus, student-on-student assaults are rare. "This is something that is unfortunate, we don't get a lot of these," he said.

Anyone with additional information is asked to call the UC Berkeley Police Department at 510-642-6760.