Living on Campus vs. Commuting: Why I chose to dorm only 13 miles away from home. 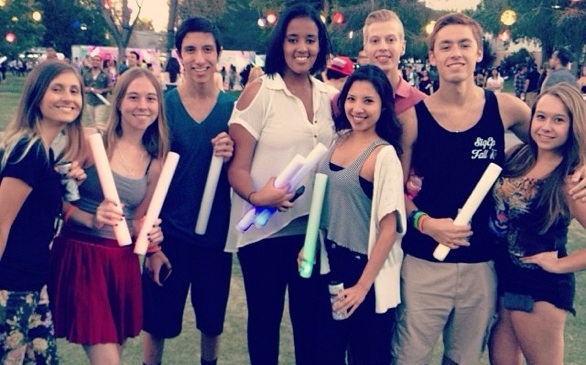 Diego Girgado (third from left) poses with his group of friends at CSUN
(Credit: Courtesy of Diego Girgado)

As a freshman at California State University, Northridge (CSUN) majoring in Broadcast Journalism, I chose to live on campus to have the freshman year experience in college.

I am originally from Valencia, Calif., which is approximately 13 miles away from CSUN. So what persuaded me to live on campus instead of driving 30 minutes to school depending on traffic? Honestly, I wanted a fresh start to experience life outside of my house.

When I told my high school friends I was going to live in the CSUN dorms instead of commuting to the school, they thought I was crazy. They said, “Why pay a high price for room and board when you don’t pay anything to live at home?” They did have a point there; I pay about $1,500 a month for housing and my meal plan. The prices, of course, vary depending on where you live and whether or not you need a meal plan. Nevertheless, I saw living away from home as a reasonable investment for my future.

Living on campus gives me the sense that I am connected with the school, meaning that I am more informed about special events going on at my college. Someone commuting to school would be less informed about school actives and events, unless they know people at the school already.

I mean, there are exceptions to this rule, but for the most part when students commute to school, they go to class then go straight home. Along with this sense of connection with CSUN came new relationships and experiences.

On the first day, I didn’t know anyone because my roommate hadn’t moved in yet, and I didn’t see anyone walking around the floor of my dorm the rest of the night.

The next day, I met my residential advisor (RA), Julie, and she showed me around the floor. The transition during the first two days was difficult; I didn’t know anyone at the time.

Then, out of nowhere, I heard a knock on my door during my second night living at the dorms. I looked through the peephole and saw a group of college students outside my door. I reluctantly opened it, and one of the guys said Julie mentioned that I just moved in, and they were wondering if I wanted to go to Chipotle with them. I told them how I already ate McDonalds for dinner…but I still wanted to go to Chipotle. That night changed my life in the dorms from then on.

That was in August 2013 -- fast forward to February. Our group is still going strong. Throughout the course of one semester, I went to two concerts, the beach numerous times, Universal Studios City Walk, LA Live, basketball games and most recently “Jimmy Kimmel Live.” I would have never gone to those places and met a pretty awesome group of friends if I didn’t stay at the dorms.

College is about taking chances, making memories and building relationships. Living at the dorms has its fair share of advantages, such as walking to and from campus and not worrying about being late to class. If you were commuting, you would worry if there were an accident on the freeway, and you might be late to class. Also, living on campus allows you to become more familiar with the area surrounding the university.

However, living at the dorms does have its fair share of distractions, from partying, staying up late and just procrastinating on homework without any parents telling you to get on it. There is never a dull moment living at the dorms, unless of course if people leave for the weekend. That is a whole different story.

I can honestly say living at the dorms changed my life. I am a different person now than I was when I first moved in. College changes you, sometimes for the better and sometimes for the worst. It’s the time and place to see the world and make mistakes along the way. If I didn’t dorm this year I wouldn’t have been able to have an internship and finally start my career.

I am not saying living at the dorms is for everyone, because it’s not. But, living on campus sure does beat fighting for a parking spot so you aren’t late to class. I did that in high school, and I am not going back.