Hillary Clinton Lecture at UCLA to be Live-Streamed 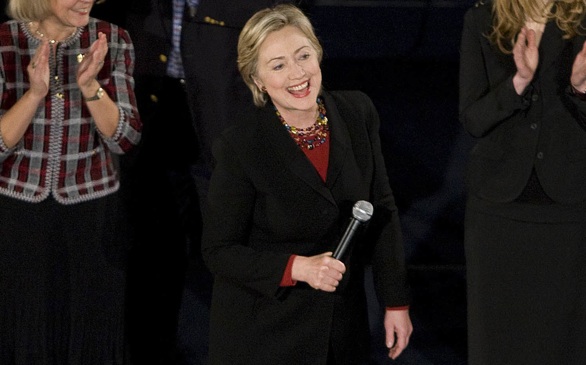 Responding to a petition calling for organizers to let more students attend Hillary Clinton’s speech on March 5 at UCLA Royce Hall, UCLA officials have decided to live-stream the upcoming speech.

According to the Daily Bruin, on Feb. 19 more than 1,500 students lined up at the UCLA Central Ticket Office to get one of 413 free students tickets for Clinton's speech. The tickets were set to be distributed at 7 a.m. However, many students were waiting at the office as early as 2 a.m. At around 6 a.m., students abandoned the line and rushed to the front to get tickets and formed a mob.

In order to mollify the mob, the Central Ticket Office did not distribute free tickets to anyone. Instead, they gave out lottery tickets that asked students to fill out their name, email and student ID number. Students who turned in their lottery tickets would be notified by email the next day morning if they received a ticket.

More than 1,600 students participated in the lottery, but only 400 of them received tickets. To express their frustration over how tickets were distributed, more than 700 students signed a petition calling for the lecture organizers to either give out more student tickets or hold the lecture in a large venue.

However, some students do not think live-stream is a good substitute for watching Clinton in person.