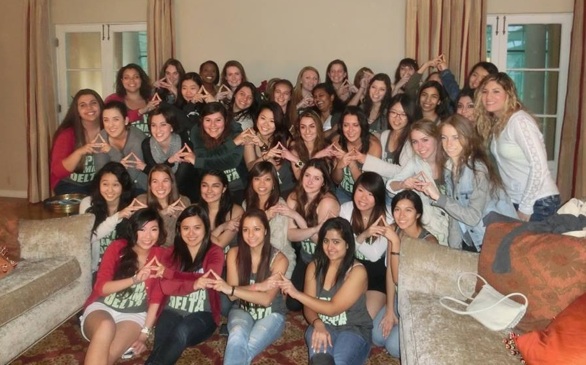 UCLA’s Greek Week started Feb. 19 in Bruin Plaza and over the course of the following week, various kickoff games and community service projects have been held in order to enrich students’ Greek life.

Greek Week is one of the most highly anticipated annual events within the UCLA Greek community. Brothers and sisters participate in games such as flag football, volleyball, relay and tug of war.

As a tradition, philanthropies were also held during the week. Volunteers from different chapters participated in community service projects at various locations around Los Angeles, including the Regional Food Bank and Westwood Horizons.

The week will be wrapped up with an awards gala Feb. 26.

According to UCLA's Greek officers, this year’s Greek Week had an increase in attendance from last year. Also, the interesting activities improved the experience as a whole. The relay race this year, for example, featured a donut eating contest and a session to spin around with costumes.

Greek Week allows members of different Greek organizations to compete and cooperate together, thus providing students a good opportunity to socialize, build friendships and make contributions to their society.