What to Expect on 'Glee's' Return, 100th Episode 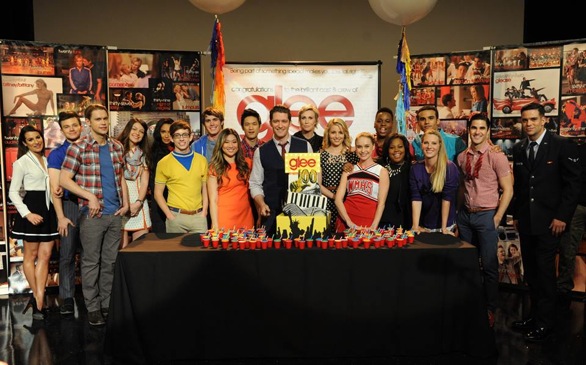 The Hollywood Reporter reports there will be a few plots twists and additions to the show, including new romances, a birth and the return of old cast members from previous seasons.

When Lea Michele's (Rachel) love interest and real-life boyfriend, Cory Monteith (Finn) died last year, the show's creators had to come up with a new way to end the season, which originally focused on Rachel and Finn's relationship.

According to the Hollywood Reporter, executive producer Brad Falchuk said, "We know what next year is and I haven't been that excited about something in a long time on Glee about what we have planned. It's going to be great."

Also returning to the show are songs we loved from previous seasons...only this time, they're re-mixed. We'll hear these on the two-part 100th episode: "Keep Holding On," "Valerie," "Defying Gravity," "Loser Like Me," "Toxic" and the classic of them all, "Don't Stop Believin'."